Following the grand success of mainstage anthem ‘Blah Blah Blah’, Armin van Buuren has pulled out all the stops to unleash yet another full-throttle festival anthem.

Already premiered to legions of fans during his sets at ASOT 900 Utrecht and in his A State Of Trance radio show, ‘Turn It Up’ does exactly what its title implies: getting listeners to crank up the volume big time.

Created off the back of several amazing crossover songs, including the wonderful ‘Lonely For You’, ‘Turn It Up’ sees Armin van Buuren unleashes his dark side for a fresh cut meant the biggest stages. Peppered with colossal drums, infectious vocals and stadium-quivering bass, this blistering track is meant to make the crowd erupt into fist-pumping madness. 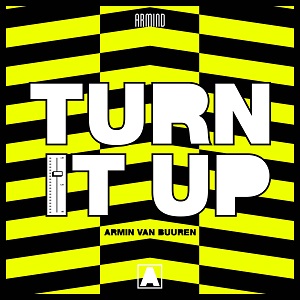 Here’s what Armin van Buuren had to say about the track:

“I’m always excited for the festival season because of the crowd’s response to tracks like these. Nothing beats the feeling you get when fans go absolutely nuts to something you play, and ‘Turn It Up’ was made for that exact purpose. I’m really looking forward to playing this one all throughout the summer.”