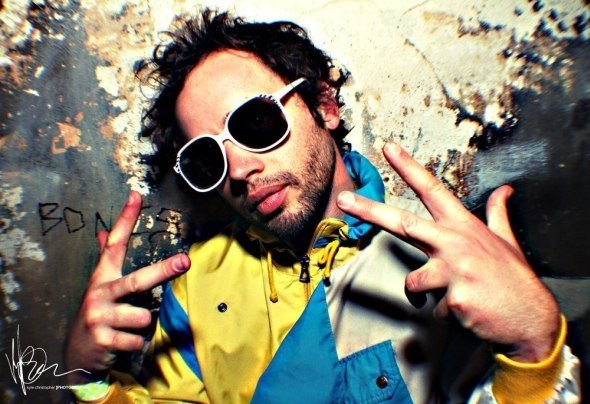 According to Ferdinand Foch, “the most powerful weapon on earth is the human soul on fire.” While that fact can be attributed to all facets of life, and all things in the world, one man is using his flame to unleash his energetic, fiery passion as a tool to ignite the music world, and to power up dancing machines from around the globe.

David Suglaski, more widely known by his artist name, The Polish Ambassador, has been on a constant incline ever since he stepped into the scene in 2006. While maintaining an independant stance by creating cutting edge music, not concerning himself by what other artists or musicians were doing, and by rocking stages across the map in a neon jumpsuit that is reminiscient of a space suit, he has risen to the top of the electronic dance music scene.

With so many talented artists contributing to the collective electronic dance music scene, it is a true challenge to rise above the rest and stand out. The music is certainly a dominant factor, but beyond the music, other circumstances certainly contribute to success. Polish is doing his thing. Not only has he released fifteen astounding albums as The Polish Ambassador, but he has also been intricately involved with several other side project album releases, as well as unleashing a record label called Jumpsuit Records, which is a dominating force.

There is no aspect of The Polish Ambassador’s music that is one sided. His multi dimensional sound is constantly evolving, and it is full of pleasant surprises. While not concerning himself with genre confines, he does whatever he wants and he does it well. While obviously tapping into the flow state during his creation process, it seems as if he is able to integrate his life experiences into it the music that pours from within. There is a tremendous amount of heart and soul that pumps through the speakers from a Polish Ambassador track.

Those that have been able to witness a live set by the Polish Ambassador know about the captivating experience that comes with it. While whatever pyrotechnics, lasers, and lightshow is going on in the background during his performances, he is front and center getting down as the captain of his spaceship. It is the kind of thing people walk away from with the feeling of astonishment. Regardless if it is a venue, or a festival stage, his shows are the razzle dazzle.