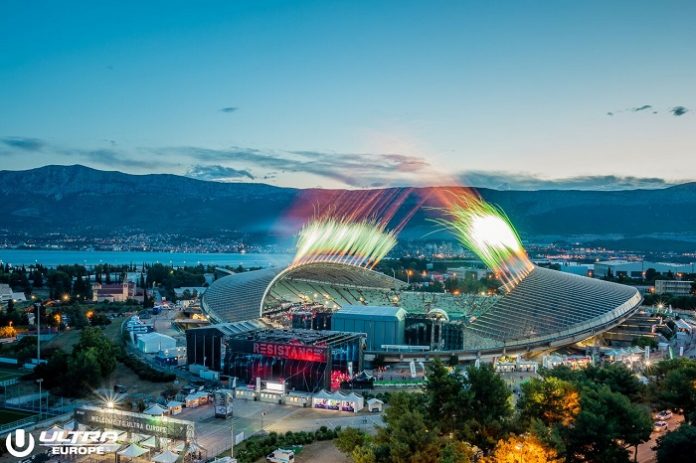 Following the recent announcement of Swedish House Mafia’s long-awaited debut at ULTRA Europe this summer, the star-studded second phase line up for the 7th edition of Europe’s leading destination festival has now been revealed.

Playing host to every one of ULTRA Europe‘s previous editions, the majestic Polijud Stadium has housed some of the finest acts across the electronic spectrum and this year will be no exception, with many of the headliners celebrating their seventh consecutive year on the festival’s billing.

Armin van Buuren, Afrojack, Alesso, The Chainsmokers and DJ Snake are set to join Swedish House Mafia for what promises to be one of the biggest main stage lineups in the event’s history.

The first wave of RESISTANCE artists is a mouth-watering lineup of world-class talent from across the house and techno scene. Adam Beyer, Carl Cox, Jamie Jones, Joseph Capriati, Maceo Plex, Marco Carola and Richie Hawtin are just a few of the highly respected artists set to grace the RESISTANCE Stage this year. 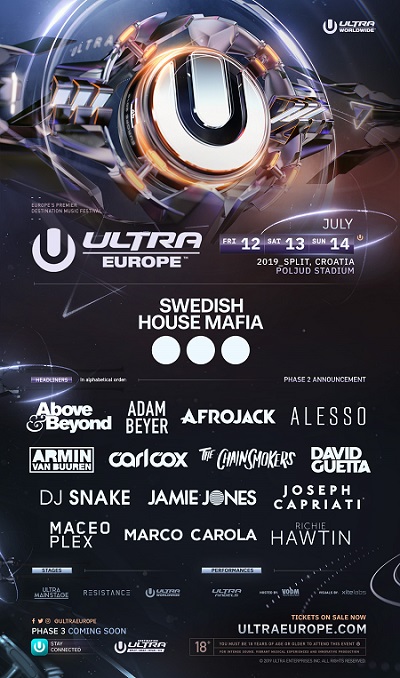 The four intimate and breath-taking destinations of Split, Brac, Hvar and Vis will play host to unmissable parties that promise the same level of production and attention to detail that fans have come to expect from Europe’s leading Destination festival, as it continues to operate in a league of its own.

A full breakdown of locations, parties and tickets for each event can be found here.