Throughout his career, Mark Sixma has been quite the force to be reckoned with. Having been a part of the Armada Music family since he embarked on the scene, he quickly took his spot alongside Trance’s finest and conjured up some magnificent anthems along the way.

Today marks the release of another one of those brilliant productions: ‘X‘. Made to celebrate the ten-year anniversary of his partnership with Armada Music, ‘X‘ also paves the way for Mark Sixma‘s very first (mini) album, which is expected to see release later this year.

A high-magnitude cut that draws inspiration from Beethoven’s ‘Moonlight Sonata’, Mark Sixma‘s brand-new release on Armind embodies no less than ten magnificent years for Mark Sixma in one go.

Ripe with the captivating melodies, supercharged basslines and entrancing harmonies he’s well known for, ‘X‘ marks the sought-after spot at the top of the scene he’s currently holding as well as his journey to get there. 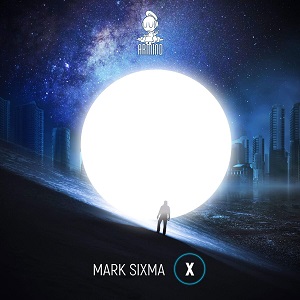 Mark Sixma: “The exciting thing is: when I go into the studio, I never know for sure what’s going to come out. I always aim for new things and at the same time, my tracks will always be energetic and melodic. Those two are the keywords for me.

‘X’ marks my ten years of working with Armada Music and my dedication to music. It is the first single from my first artist mini album and I was blown away by the crowd at ASOT Madrid when I premiered it. It does show that I am headed in the right direction, I hope!”