Ahead of its third edition on the Algarve coast, the first artist and showcase lineup for The BPM Festival: Portugal have been announced for this September 12-15, 2019 in the coastal town of Portimão, Portugal.

Presenting a world-class selection of house and techno acts for the first of its many announcements, the 2019 edition of the festival will see Adriatique, Apollonia, Dubfire, Laurent Garnier, Loco Dice, Paco Osuna, Stephan Bodzin (live) and many more for this summer’s must-attend closing event.

Also revealed are showcases from Bamboleo, Deeperfect, Desolat, Drumcode, FORM Music, Kaluki, Neopop + Brunch, RUKUS, and The BPM Festival’s signature all-star parties This Is The End hosted by Überhaus and YA’AH MUUL, which will all take place within walking distance on one of Europe’s most picturesque beaches, Praia da Rocha, with this year’s festival featuring extended beach venue hours for day and nighttime showcases across its 4-day programming. 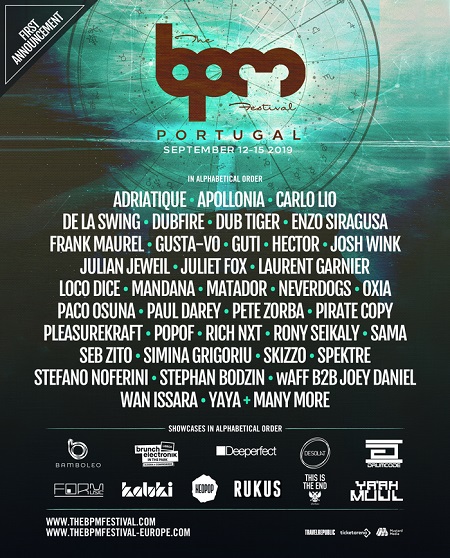 Renowned for its extensive lineups of house and techno’s finest selectors, The BPM Festival will once again bring the world’s leading DJs and producers together with industry professionals and music aficionados from around the world to the southern coastline of Portugal.

Making their debut at the festival’s Portuguese edition, attendees can look forward to appearances from Adriatique, Enzo Siragusa, Matador and Pleasurekraft.

Also confirmed are the UK’s notable house label and party brand Kaluki, Portugal’s Neopop + Brunch, and globally renowned techno imprint Drumcode for its BPM Portugal showcase debut plus the BPM debut of Matador’s RUKUS. Debuted in 2016, The BPM Festival’s star-studded party YA’AH MUUL will also be present along with BPM’s signature closing day party This Is The End hosted by Überhaus.

Offering a unique festival experience with all day and nighttime programming taking place on Praia da Rocha beach in Portimão, festival-goers will be able to extend their summer holiday surrounded by the world’s top house and techno talent and indulge in the Algarve’s natural beauty. Boasting breathtaking views from towering limestone cliffs, stunning gold sand beaches and sea caves, together with inimitable production and an exceptional musical lineup, The BPM Festival: Portugal is the perfect experience for lovers of quality dance music in a world-class destination.

The full 4-day festival passes for The BPM Festival: Portugal 2019 are on sale now via link. There will be a limited amount of newly introduced VIP festival passes also available, which will grant holders to dedicated VIP viewing areas at Blanco Beach and NoSoloÁgua. Payment plans will be available for both general admission and VIP festival passes. With attendees from over seventy countries at the 2018 edition of the festival, flight and hotel packages are available via Travel Republic to Faro airport, one of the most well-connected airports in Europe. 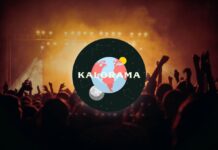