Bigger and better than ever before, Insomniac will deliver its signature state-of-the-art production—paired with larger stage designs, new art installations and the genre’s most notable producers—to create an entirely new trance music experience during the festival’s fifth edition.

Accompanied by high energy sound from some of the world’s best in all trance music sub-genres, from progressive to classic to psytrance, Dreamstate SoCal will deliver a massive world of ethereal beats and timeless melodies.

In anticipation for the brand’s flagship trance event, Insomniac will release daily lineup teasers, with the first set of names set to drop on Thursday, June 13 via social media. Last year, over 35,000 trance fans were treated to exclusive sets from the top artists in the world. 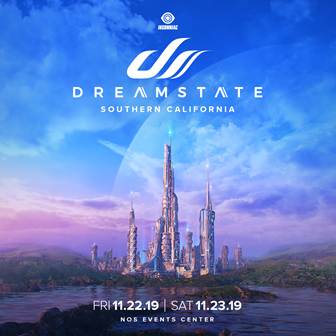 Since Dreamstate’s debut, the brand has hosted stages at festivals like Beyond Wonderland SoCal, EDC Las Vegas and EDC Guangdong, while expanding internationally to produce events in Mexico, the UK, Poland, Canada and Australia.