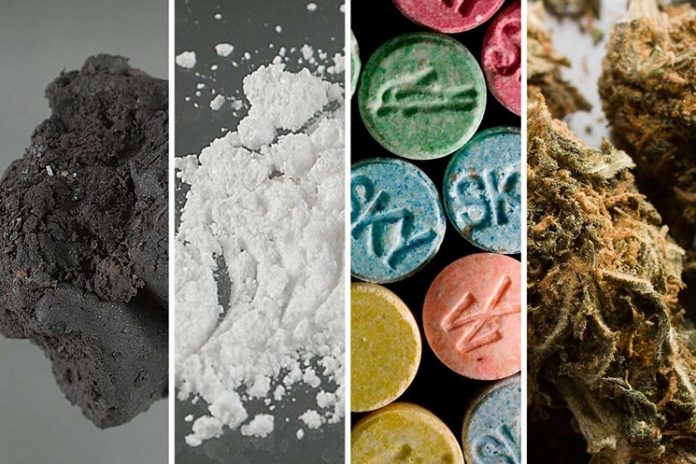 It is a wide known fact that some illegal drugs can shatter the lives of humans, families, and communities on a global scale. Certain street drugs have a gripping power that often holds users hostage for the majority of their lives, however, the Global Commission on Drug Policy has released a report indicating that many illegal drugs such as ecstasy and LSD are less harmful to humans and communities than alcohol and tobacco, and the group consisting of fourteen high ranking ex-government officials is reaching out to governments around the world for them to consider altering drug classification systems, as well as finding a way to regulate the illegal drug market.

The report calls for governments to “implement a more rational policy of scheduling, controlling and regulating psychoactive drugs” due to the fact that “the current distinction between legal and illegal substances is not unequivocally based on pharmacological research but in large part on historical and cultural precedents”, and that “it is also distorted by and feeds into morally charged perceptions about a presumed good and evil distinction between legal and illegal drugs.”

According to their official website, “The Global Commission on Drug Policy produces technical and political reports to ground evidence-based policy recommendations in human rights, health, and development.”

The report that they released was groundbreaking due to the highly distinguished stature of the individuals (former President of Mexico, former President of Columbia, former Secretary of State USA, etc) that make up the commission making the push for drug reform, and the eye-opening research that is implemented in the report.

The Purpose of the report is “to bring to the international level an informed, science-based discussion about humane and effective ways to reduce the harm caused by drugs to humans and societies.” The goals are to “review the basic assumptions, effectiveness, and consequences of the ‘War on Drugs’ approach, evaluate the risks and benefits of different national responses to the global drug problem, and develop actionable, evidence-based recommendations for constructive legal and policy reform.”

Cited in the report are studies about how the penalties for certain drugs do not match up to their level of potential harm to communities and individuals. Certain drugs like ketamine, MDMA, cannabis, and LSD are often not as harmful as alcohol or tobacco, and even hold medicinal value, yet people are having to face incarceration in potentially dangerous facilities for dabbling with them.

The report suggests governments to replace the criminalization and the punishment of people who use drugs with the offer of health and treatment services to those who need them. The Global Commission on Drug Policy believes that Reforming the failed War on Drugs is critical for the continued advancement of humanity.