Voting is now open for DJ Mag’s annual Top 100 DJs poll, the most widely-known and reputable fan-voted poll in the global music scene.

The annual vote – now in its 26th year – is the world’s largest publicly-voted music poll, receiving over 1.2 million votes from over 180 countries last year, with votes in 2019 set to eclipse this figure. DJ Mag’s Top 100 DJs poll has grown alongside the global electronic music scene and is a definitive snapshot of the popularity and visibility of international DJs at the end of every given year.

From techno titans such as Nina Kraviz and Adam Beyer, to big-room dominators like Armin van Buuren, Steve Aoki and Dimitri Vegas & Like Mike, the poll has reflected both the over- and underground sounds of the dance scene.

Electronic music sub-genres such as house, techno, hardstyle, drum & bass, EDM and trap are all represented and celebrated in equal measure. The Top 100 DJs Poll 2018 included nine new entries, eight re-entries and six non-movers… but who will take the crown this year? See the 2018 results here!

A huge talking-point in the dance music community, the Top 100 DJs inspires intense debate amongst music fans worldwide as the eagerly-anticipated results, announced in October at the Amsterdam Dance Event (ADE), reach a staggering 878 million users across all platforms.

Using this huge net of a fanbase for furthering good causes, DJ Mag has once again partnered with Unicef for 2019. Last year’s funding total exceeded £40,000, taking the total raised to date from this partnership as just shy of £70,000. With this money, Unicef has been able to provide enough vaccines to protect 815,175 children from tetanus.

Voters in this year’s Top 100 DJs poll will be invited to enter an exclusive charity prize draw. One lucky voter and their friend will be flown to Amsterdam where they’ll witness the crowing of the World’s No.1 DJ from the Royal Box, flanked by some of the planet’s leading DJs.  You can find out more or enter the competition at djmag.com/unicef.

This year will also see the return of the Alternative Top 100 DJs poll, powered by Beatport. This is where an alternative list of the top house and techno DJs is created using the Top 100 DJs polling data, as a counterpoint to the main Top 100 poll which has been dominated by big room EDM DJs in recent years.

A way to shine a light on the incredible popularity of house and techno, Carl Cox topped the Alternative Top 100 DJs poll last year, alongside the likes of Claptone, Richie Hawtin, Nina Kraviz, Charlotte de Witte and Black Coffee. DJs from the Alternative chart are still placed in the main Top 100 DJs poll, too, but this additional chart allows clubbers to feel like theirs isn’t a wasted vote if they vote for more underground DJ/producers. See the full 2018 Alternative chart here!

Last year saw young Dutch prodigy and wunderkind of the scene Martin Garrix take the No.1 spot for the third consecutive year, but can he make it four in a row? Will more women enter the poll this time around? Who will go up, who will slide down? It’s all to play for. Voting is open now and across the summer until 18th September at 23:59pm BST. Make your voice heard and cast your vote at top100djs.com! 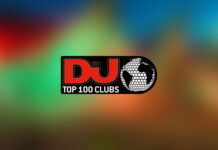