Led by its founder, DJ, and GRAMMY-nominated producer Mark Knight, Toolroom Stateside brings one of dance music’s most authoritative labels across the US this fall. Featuring Toolroom’s newest rising stars, Mixmag and DJ Mag favorites Leftwing : Kody and Wheats, the tour reflects the broad range of talent currently on the label.

Celebrating its fifteen year anniversary with a world tour last year and boasting the title of Beatport’s ‘highest selling label of 2018,’ Toolroom continues to be a driving force of the underground sound. Attendees can expect to hear its trademark sound on the road that includes parties at some of the country’s most celebrated clubs and venues this September through November with more to be announced.

With an illustrious career spanning nearly two decades, Mark Knight is one of dance music’s most respected and accomplished artists. As one of Beatport’s highest selling artists overall and a fixture on the international club and festival circuit with appearances at The BPM Festival, Tomorrowland, Ultra Music Festival, and much more, the Toolroom label head has been a guiding light in dance music.

A heavyweight favorite amongst US dance music fans, Mark Knight brings UK duo Leftwing : Kody, whose track “I Feel It” has become one of the summer’s biggest house records, and new rising talent Wheats for Toolroom Stateside this September.

Kicking off on the west coast at SF Mint Open Air Patio in San Francisco with Mark Knight and Wheats on September 9, Toolroom Stateside will head east as Leftwing : Kody joins up with the Toolroom family at Chicago’s Sound Bar on September 27 and at Analog Brooklyn on September 28. Heading back to California on November 23, Toolroom Stateside returns for Thanksgiving weekend at Los Angeles’ Exchange with a to-be-announced lineup.

2019 is shaping up to be another landmark year for Toolroom with its incredible array of electronic music’s leading producers including Jack Back, Eli Brown, Friend Within, Illyus & Barrientos and more. Along with an ongoing flagship residency at Eden in Ibiza, which has become one of the island’s most talked about residencies, and a recently sold out London takeover at Studio 338 with 3,000 dedicated fans, Toolroom Stateside looks to bring an authentic experience of the current sound of one of the world’s leading house and techno labels to the US.

Listen to the latest from Toolroom Records now! 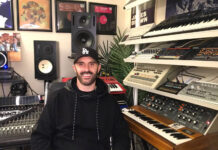 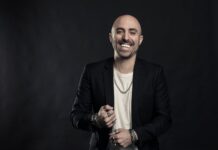 Technasia returns to Toolroom with his latest single ‘Bring It Back’