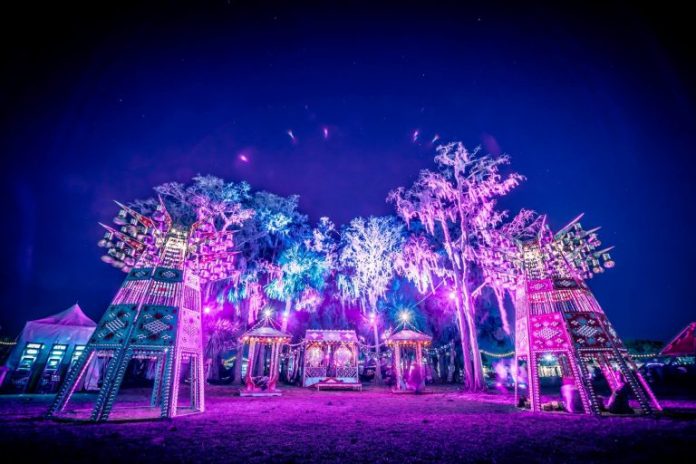 Party people, Okeechobee is back! The beloved South Florida Festival that was laid to rest this year has been resurrected. Rumor had it that the event was never going to be again following its 2018 showdown, but it was announced yesterday that Insomniac has partnered with Soundslinger, and together they will re-open the portal in March 2020.

The stomping grounds at Sunshine Grove will once again open up and give dancing machines access to its bliss. Okeechobee is a one of a kind festival, and it is set in an extraordinarily breathtaking setting. Anybody that has been a part of any of the previous events is certainly jumping with joy right now because everybody thought that it would only live on in memories.

Soundslinger, the Founders of OMF, have partnered with globally renowned events company and North American festival leader Insomniac to bring the destination multi-genre music and camping event back to its picturesque home in Sunshine Grove March 5-8, 2020.

GA and VIP ticket and camping packages will go on sale Friday, August 23 at 10am ET, and can be purchased at okeechobeefest.com. The announcement comes on the heels of Insomniac’s acquisition of iconic Miami club Space, and in advance of EDC Orlando’s first three-day event, taking place November 8-10, 2019, at Tinker Field.

“I’m a big fan of what Rechulski and the Okeechobee team have built, and honored to be able to lead such a unique event and continue the journey. This is one of the most beautiful locations I’ve ever set foot in. As someone who tries to always put culture first, I recognize how passionate this extraordinary community is, and I’m excited to bring this festival back and make it better than ever” he continues.

The newly announced partnership between Insomniac Events and Soundslinger was cultivated from the values that each bestows, particularly, the commitment of creating fun, transformative and out-of-this-world experiences through music, immersive art and interactive experiences in the Florida community.

“It is an exceptional honor to have had the opportunity, luck, and responsibility of creating and caring for OMF,” says Rechulski, Soundslinger’s Founder.

“I would like to thank my partners and the rest of the Soundslinger staff, the County and people of Okeechobee for welcoming us with open arms, all of our vendors and contractors, and most importantly all of the incredibly dedicated and colorful Okeechobeeings, our loyal fans.”

With three commercially successful editions held from 2016 – 2018, OMF has quickly become an important creative and cultural event for Southern Florida.

Rechulski further commented, “I am so excited once again to enter the portal alongside Pasquale Rotella and the Insomniac team. The best years are ahead of us, and I am certain that together we will continue our beautiful story for many more years to come with the same love, hard work, commitment, community engagement, and respect that have been the foundation of OMF.”

Taking place amongst 800 acres of lush grasslands, lakes, woods, and jungle in Sunshine Grove, Florida, OMF was met with rave reviews after its inaugural edition in 2016, with Billboard writing that “fans who came out…left feeling an immediate kinship with the brand.” The Huffington Post describing OMF as “next level unbelievably dope,” and Miami New Times called OMF “the top destination gathering of its type not only in South Florida but also in the state.”

Further setting itself apart from other multi-genre festivals, OMF’s signature PoWoW has been cherished by artists and attendees alike, and will be brought back for OMF 2020, showcasing once-in-a-lifetime artist collaborations.

In addition to OMF’s three main stages—Be, Here and Now—dance music lovers will gravitate once again towards Jungle 51, a dusk till dawn dance party nestled in the heart of the jungle that has hosted some of the biggest names in house and techno in recent years.

From dawn till dusk, OMF attendees will again be able to experience Aquachobee Beach, situated in the scenic background where Sunshine Grove’s jungle meets the white sand beach, that will give Okeechobeeings the chance to catch daytime live music sets while swimming and sunbathing.

Featuring an array of comfortable accommodations varying from tent camping to deluxe preset RV and glamping, all Okeechobee 2020 ticket and camping options can be explored at okeechobeefest.com, with the most affordable layaway plans beginning at just $19.99.

Passes are on-sale for all ticket and camping types beginning Aug. 23 at 10am ET at okeechobeefest.com.