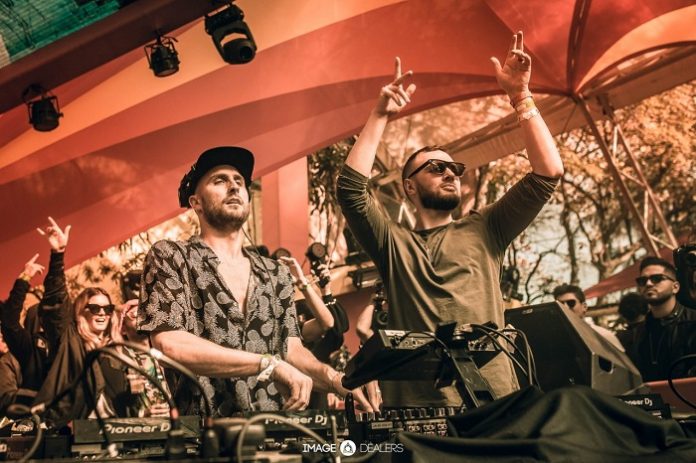 Fisher is well known as the Australian star of the hits “Losing It” and “Ya Kidding”. Chris Lake is a great producer and the acclaimed owner of the super hit “Turn Off The Lights”.

They have teamed up once again, but this time, not for a simple B2B. Together with Entourage, a Brazilian event agency, they are bringing and debuting in Brazil their newest label party, “Not Another FKN Festival “. The party will take place on the last weekend of November, happening in São Paulo (29/11) and Rio de Janeiro (30/11).

Fisher became known worldwide for the resounding success of his first solo track, “Ya Kidding“, released in 2017. At the 2019 Grammy Awards, the DJ was nominated for a “Best Dance Recording” category with his other super hit “Losing It”, voted the most played track on electronic music festivals around the world in 2018, including Tomorrowland. This musical repertoire, coupled with an extremely charismatic and funny personality, created an unique artist within the electronic music industry.

Considered one of today’s most renowned producers, Chris Lake needs no introduction. For the past five years, the English has been living the dream and building a solid career. As a DJ, he has traveled to every corner of the planet. As a producer, he led many industry charts. As a music lover, he continues to pursue new rhythms and timbres. Owner of the hits “Turn Off The Lights“ and “Stay With Me,” Chris Lake has been solidifying himself as a reference in the world of electronic music.

Now, the two stars return to Brazil at the end of November to debut their new project that promises “no longer to be a festival”, as the name implies. Imagine being able to witness the beginning of this fun and very intense story? NAFF tickets are expected to go on sale on September 10th through Eventbrite website and app. So, schedule yourself to secure your ticket and behold this event that has everything to become one of the world’s top label parties.

For more information, confirm attendance at the events by clicking here: São Paulo and Rio de Janeiro, and stay on top of all the news about NAFF.