Kevin Saunderson prepares to kick off the 2020 KMS calendar strong, dropping a collaboration with one of the U.K.’s most sought-after DJs and producers on the circuit: TRICK label head Patrick Topping.

‘Frisk‘ is not the first sighting of the guys joining forces as Patrick played on Kevin‘s Origins stage at Detroit’s Movement Festival in 2018. Kevin carefully curates the Origins line-ups to reflect his vision of artists that have built fruitful legacies, who are making waves in the present and driving the scene forward.

Kevin Saunderson: “Patrick Topping is the present and the future, there’s no doubt about it. He played a fantastic set for Origins, and we completely connected. He’s a straight-up, humble guy, who makes straight-talking music, which is why we aligned so well in making this track.” 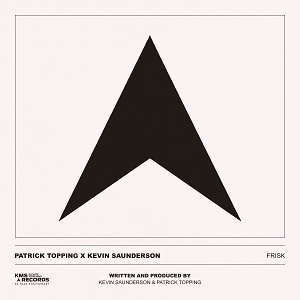 Patrick Topping: “It’s obviously a massive dream to collaborate with Kevin Saunderson. Inner City’s ‘Big Fun’ was one of the first House tracks I ever fell in love with. It’s an honour to work with one of the inventors of Techno, as I’ve been a massive fan for years.”

‘Frisk‘ is straight fire, and a hefty weapon to work the clubs with. KMS favorite Justin Cholewski once again delivers the goods on remix duty, adding a darker edge to the original like he did on Inner City‘s most recent single, ‘Believe‘.