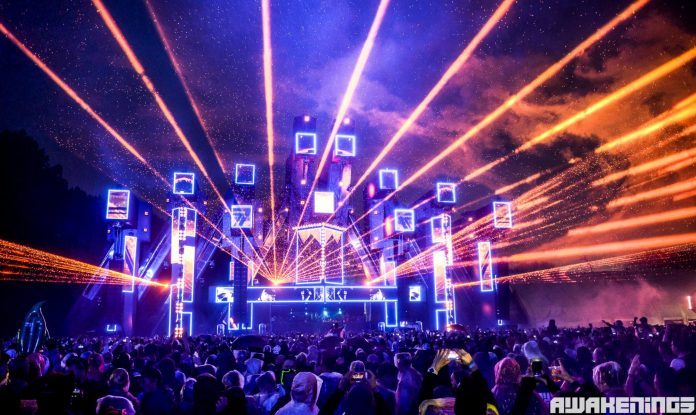 Awakenings Festival, the world’s largest outdoor techno festival, has just announced the line up for its 20 year anniversary. The iconic festival will return to the festival grounds in Spaarnwoude on June 27 and 28 for two full days of techno.

Starting as an underground community, Awakenings festival has established itself over the last two decades as one of the leading brands in the techno industry. With over 100 artists performing in eight different areas at the biggest outdoor techno festival in the world, Awakenings Festival will once again showcase a broad spectrum of techno artists, from the pioneers of techno and international headliners to new and upcoming talent. Similar to last years’ sold out editions, Awakenings 2020 Festival will welcome an international crowd of 80.000 visitors.

Charlotte de Witte, Amelie Lens, Reinier Zonneveld and Dax J will also return to Spaarnwoude to play on both days. On top of that, Maceo Plex will host his Mosaic area for the third year in a row and Joris Voorn will return to the festival grounds with ‘Joris Voorn & Friends’.

Awakenings will as always offer a platform to a new generation of artists. This year, upcoming names like VTSS, ONYVAA, Park Hye Jin, SAMA’, Chris Stussy and Kevin de Vries have been added to the line up.

Other widely respected names that have been announced for the anniversary edition include Adam Beyer, Joseph, Len Faki, Sam Paganini and Tale Of Us.

In addition to the jaw-dropping line up, Awakenings Festival’s anniversary year will once again feature innovative and groundbreaking stage designs and next level production during this massive weekend.

Today at 18:00 o’clock, Reinier Zonneveld played a unique role in unveiling the full 2020 line up, performing a live set from a boat on the Amsterdam canals, broadcasted on Awakenings‘ Facebook and YouTube page.

Prior to Awakenings Festival, the festival organisation will host three nights and one full day of techno during Awakenings Easter in the Gashouder, a perfect way to get in the mood for the 20 year anniversary with over 60 hours of techno in one weekend.

For the full line up, tickets and more information, visit via link. 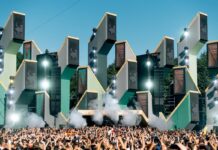