Monegros Desert Festival, a non-stop 22 hour experience in the Spanish desert have announced some of the best acts and DJ’s in the world to perform at their 21st edition, taking place on Saturday 1st August 2020.

Monegros Desert Festival returns for its long-awaited comeback after a five year hiatus. A truly international festival with stages created all over the world, 2020 will see it’s most adventurous edition yet with global artists, spectacular production, unique collaborations and so many surprises still to be announced.

With it’s most ambitious production yet, the event will unite festival-goers across the most breath-taking dancefloors in the world, using its very own set of unique R.A.V.E principles: Radical, Audio, Visual, Experience. 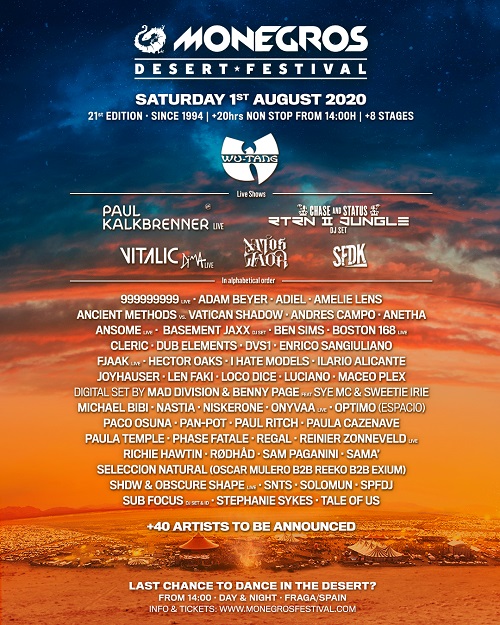 Drumcode boss Adam Beyer will be bringing his inimitable modern techno sound to the Spanish desert, joined by one of the most exciting DJ’s of the circuit right now – Paula Temple. The incredible line up also features the likes of the in-demand Belgian selector Amelie Lens, the legendary spanish artist Paco Osuna and the god-like genius of Richie Hawtin.

Berlin based stalwarts Tale Of Us will also join the Monegros Desert Festival line up, as well as respected DJ / Producer Solomun, techno heavyweight Rødhåd and multi-dimensional duo Pan-Pot.

The lineup doesn’t miss out on the authentic and ever-influential DVS1 and Luciano, as well as the newly emergent producer Ansome Live. Along the same musical wave there will be Boston 168 Live, Phase Fatale and Ancient Methods vs Vatican Shadow.

After releasing their critically acclaimed album, the techno supergroup Selección Natural formed by Oscar Mulero, Reeko & Exium will deliver a heavy punching b2b2b set. Also representing the Spanish scene will be Hector Oaks who is conquering the European circuit.

Monegros Desert Festival will bring together 45,000 ravers from across the world for the most unique party experience, set against one of natures most jaw-dropping landscapes, making it one of the most unmissable events on the festival calendar this year.

For those that have yet to experience Monegros Desert Festival, this is like something you have never seen, radical & extreme, this is your chance to forget the outside world and be transported into a techno music haven surrounded by mindblowing scenes & happenings. 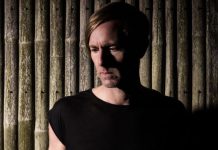