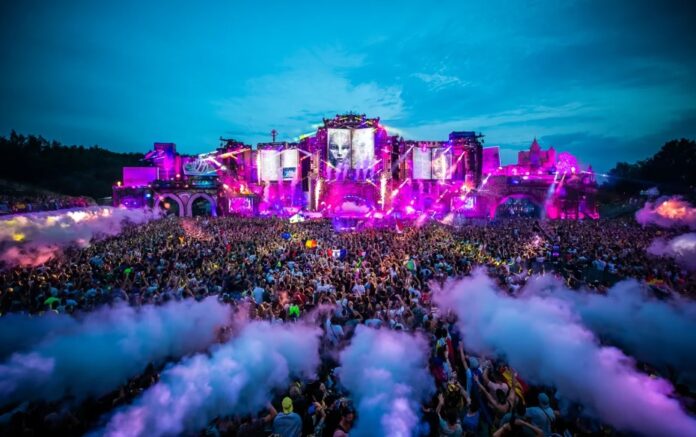 Because the regular edition of the majestic Tomorrowland festival in Boom, Belgium cannot be organised as planned this summer due to the coronavirus outbreak, the team behind the world’s best electronic dance music festival will organize a digital 3D edition just for your listening pleasure!

While we won’t be able to experience the magic of Tomorrowland festival this summer due to the ongoing health crisis, organizers appear to have something else in store for the People Of Tomorrow.

Taking place on Saturday July 25 and Sunday July 26, Tomorrowland’s digital festival “Tomorrowland Around The World”, will be a spectacular entertainment experience open to people of all ages and places, unfazed by borders or boundaries – a world premiere and a major step in the future of digital music festivals.

Over recent months, Tomorrowland has received many requests from its worldwide community to do something special during the two sold-out weekends of Tomorrowland Belgium. This global connection has inspired Tomorrowland to introduce and create a brand new platform through which visitors can participate in an unprecedented two-day festival experience.

Tomorrowland fans will be able to navigate easily through a magical and newly created Tomorrowland location with a PC, laptop, smartphone or tablet (you don’t need special VR goggles) and explore the entire festival site in an interactive way together with friends. The two-day festival weekend will offer its guests a packed schedule with plenty of things to do, see and experience.

As with the other editions of Tomorrowland, music and spectacular shows will be central to this event. The festival will feature plenty of signature Tomorrowland stages – 8 different stages in total – including Atmosphere, Core, Freedom Stage and Elixir, joined by 3 new stages, which have been specially created and designed by the creative team and 3D artists behind Tomorrowland.

Each stage will feature music from the world’s best artists in dance and electronic music – from all genres – and a large portion of the fireworks and laser shows characteristic of Tomorrowland. As icing on the cake this year’s iconic Mainstage, embodying the theme of 2020 ‘The Reflection of Love – Chapter 1’, will be unveiled to the world during Tomorrowland Around The World.

Besides the performances there will be all kinds of interactive experiences to choose from, including inspirational webinars, games and workshops related to lifestyle, food, fashion and the Tomorrowland Foundation. Together with the performances, Tomorrowland Around The World will be a full day/weekend experience between 15h00–01h00 CEST. There will be a ‘time-zone-friendly’ option for visitors from Asia and North or South America.

Tomorrowland is using the world’s leading technologies in 3D design, video production, gaming and special effects to bring together 8 different stages with a stellar line-up of the most prominent artists in dance music, all of them premiering brand new content to be discovered exclusively on tomorrowland.com over the course of the weekend.

“Tomorrowland Around The World is the result of a gigantic team effort of hundreds of people who are working around the clock to create a never-before-seen interactive entertainment experience. Since we started this project and all ideas came together, we immediately felt an enormous energy and lots of positivity from everybody involved. For us it’s a bit re-inventing the festival experience, but we truly believe that we can bring the spirit of Tomorrowland and entertainment at the highest level to people and homes around the globe.

We hope that hundreds of thousands of people will unite in a responsible way and that small Tomorrowland gatherings at people’s homes – from Canada to Australia, from Japan to Brazil and everywhere in between – will be organised. Especially during the weekend where normally Tomorrowland Belgium would take place, we really have the power to unite the world.”

The People of Tomorrow are invited to experience this unique event together with friends: dressing up with your best festival outfit, putting up tents in your back garden to create your own DreamVille, setting up a big screen, inviting your beloved ones for a nice barbecue with music and an amazing festival experience, decorating your balcony or throwing a party in your living room – this weekend is all about uniting through the power of music in a responsible and safe way.

More about this all-new Tomorrowland location will be revealed in the coming weeks.

Tomorrowland Around The World, the digital festival

• Saturday July 25 and Sunday July 26, 2020.
• Between 15h00–01h00 CEST.
• ‘Time-zone-friendly’ for visitors from Asia and North and South America.
• Open for people of all ages and places.
• Accessible exclusively on tomorrowland.com.
• Line-up will be announced on Monday June 15.
• Ticket sales start on Thursday June 18 via tomorrowland.com.
• Day ticket costs €12.50.
• Weekend ticket costs €20.00 and includes a week of video-on-demand content to relive the entire experience.
• Special People of Tomorrow packages and Home Party packages will be available.
• Info and updates: via link.

Discover the Official Tomorrowland Around The World Trailer below!.