Italian brothers Mathame release ‘Never Give Up’ (Reloaded). Originally released in March, ‘Never Give Up’ has received an array of industry support, including being awarded ‘The Essential New Tune’ accolade by BBC Radio 1’s Pete Tong.

Over recent months, Mathame invited a string of close friends and collaborators to remix the track including Vril, Lost Frequencies, Diplo, Adriatique and ZHU. Released today ‘B1 Recordings / Ministry Of Sound’, ‘Never Give Up’ (Reloaded) features a series of new ‘club’, ‘extended’, ‘short’ and ‘orchestral’ versions from Mathame, ZHU, Diplo and Lost Frequencies.

“With all these great artists involved in ‘Never Give Up’ (Reloaded), each one of them has helped in building a bridge between musical, stylistic and gender differences. Going beyond boundaries and categories to launch a message of hope and rebirth, that we trust will make the burden of these difficult times lighter.” – Mathame 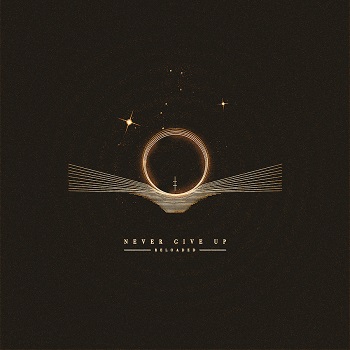 Over recent years, electronic duo Mathame have established themselves as one of underground music’s most promising rising acts. Released in March via ‘B1 Recordings / Ministry Of Sound’, ‘Never Give Up‘ continues to receive an ever-growing stream of support, already fostered from industry leaders including BBC Radio 1’s Pete Tong who awarded their earlier release on Tale Of Us’ ‘Afterlife’, ‘For Every Forever’ their first ‘Essential New Tune’.

Forming in 2013, brothers Amedeo and Matteo Giovanelli have progressively become an integral part of the underground electronic scene, first releasing on Vaal‘s ‘Bastaard‘ label in 2015. Followed up with a further EP on Tiefschwarz‘s revered ‘Souvenir‘ in 2017, their activity arguably culminated at its peak in a release for Tale Of Us‘ ‘Afterlife‘ label in 2018, featuring tracks ‘Nothing Around Us‘ and ‘Fade Into You‘.

2019 proved to be a breakthrough year for the duo, with an international touring schedule spanning Stockholm, Abu Dhabi, Milan, Istanbul and more, highlighted by a performance for French video platform Cercle, filmed at the summit of Mexico City’s Reforma 180 Heliport. With the Cercle stream currently amassing over 2 million views, Mathame have also worked with fellow Italian duo and close friends, Tale Of Us. The last two years have seen Mathame become residents for their ‘Afterlife‘ event series, performing at showcases from Mexico to Ibiza.

Bridging the gap between the underground and mainstream, Mathame have continued to showcase their prowess as producers, remixing for the Grammy-nominated live electronic act RÜFÜS DU SOL, along with providing an anthemic rework of MEDUZA‘s ‘Lose Control‘.

Continuing their unstoppable momentum across the new decade, Mathame recently launched their new multiplatform cinematic project, PHOENIX. The interdisciplinary brothers have innovated PHOENIX as an online stage and interactive space for both artists and music lovers.

Using the latest 3D real-time technologies, PHOENIX has hundreds of different settings where DJ’s and musicians can perform in outlandish scenarios and backgrounds. The groundbreaking project took two months to develop and, in future, will also be a web community akin to the computer game and virtual universe, ‘Second Life‘, where users can meet with their own avatar. 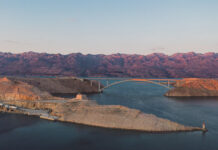