Directed by Max Vatble, the video is shot in timelapse and follows a hypersaturated journey through the colours and feelings of summer with hazy shots of psychedelic tinged lights and a range of hypnotic cutaways. The single has already garnered almost 6 million streams and has received tastemaker support from the likes of Annie Mac (who named the track as her ‘Hottest Record In The World’) as well as Pete Tong, Mista Jam and Nick Grimshaw.

The video comes fresh off the back of Camelphat announcing their biggest headline tour to date which has already sold over 20,000 tickets. The Grammy nominated pair will bring their widely acclaimed sound across the UK playing 6 locations including Liverpool, Bristol, Glasgow, Newcastle and Leeds before rounding the tour off with their biggest UK headline performance to date at London’s The SSE Arena Wembley on 17th April, making history as the first house act to play the iconic venue. 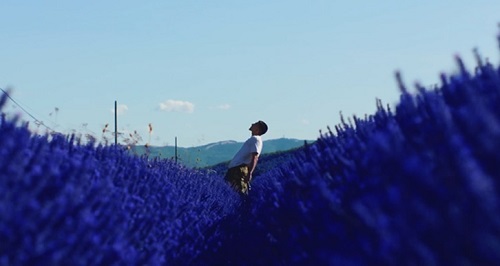 The Liverpool duo have firmly established themselves as one of the most in-demand dance acts around. Making their mark with their 2017 Grammy nominated hit Cola, the duo have continued to release huge hits such as Breathe, Panic Room ft Au/Ra, Rabbit Hole and ‘Be Someone’ alongside Jake Bugg. The pair have been hailed as the ‘hottest dance acts in the world’ and have consistently been supported by industry heavyweights including Annie Mac, Zane Lowe, Danny Howard and Pete Tong.

Never afraid to push the envelope, Camelphat’s collaboration with Foals’ frontman Yannis Philippakis has been eagerly anticipated by fans. Needing little introduction, from playing chaotic house parties in their home city of Oxford to becoming major festival headliners across Europe, Foals’ trajectory has been remarkable.

They’ve earned critical acclaim winning Best British Group at the BRIT Awards last year as well as NME and Q Award wins. Not stopping there, the band have also been nominated for an Ivor Novello and have been nominated three times for a Mercury Prize earning fan devotion with anthems such as My Number, Inhaler and The Runner.

CamelPhat and LOWES unveil the dynamic remix package for ‘Easier’