“During this time of isolation, I’ve been incredibly inspired to release music that has an uplifting energy,” said David Guetta. “I love producing club tracks but at the same time, especially now, I feel like creating ‘feel-good’ music. ‘Let’s Love’ is a message of love, hope and bringing people together and once again, Sia has out done herself on the vocals.”

The brand-new anthem begins with Sia‘s beautiful vocals before an irresistible groove takes the forefront. The single follows the duo’s numerous #1 global hits including ‘Titanium‘ which has amassed over 1 billion streams, ‘Flames‘ which was the most played song across European radio in 2018 and ‘She Wolf (Falling To Pieces)‘ which has over 500 million views on YouTube alone. 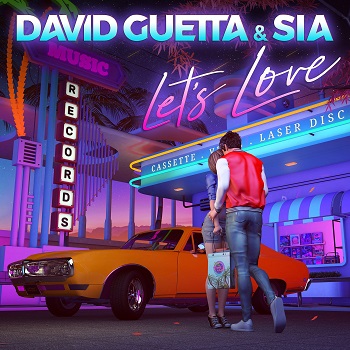 Earlier this year, David Guetta raised over $1.5 million dollars for Covid-19 relief with his ‘United At Home‘ charity livestream events in Miami in April and New York City in May which has tallied over 50 million collective viewers. David’s Miami installment earned him the GUINNESS WORLD RECORDS title for most viewers for a DJ set live stream on Facebook. David also achieved the GUINNESS WORLD RECORDS titles for most liked DJ on Facebook as of September 2020 and most followers on Twitter for a DJ as of 2019.

After headlining Tomorrowland‘s digital festival in July, Hï Ibiza revealed David Guetta will return in 2021 with his weekly ‘F**k Me I’ Famous‘ residency. Meanwhile, Guetta has started a movement in the electronic music scene with his new Future Rave sound. In collaboration with MORTEN, their ‘New Rave‘ EP released last month has DJs and fans alike eagerly waiting to experience the tracks live.

Guetta’s alias Jack Back remixed Joel Corry‘s ‘Head & Heart‘ which is currently #1 in the UK. In other news, Guetta produced the charity record with ‘Latin all-stars Human (X) Pa’ La Cultura’, or ‘For the culture’ – a call to unite all Latinos around the world.