It seems like just yesterday that Dutch artist Eelke Kleijn’s third album ‘Moments Of Clarity’ was unleashed on the world, such has been its staying power. Its follow-up was well within the works before the world flipped on its head, but the time off touring has allowed him to pour all his focus into crafting another masterpiece in the form of ‘Oscillations’.

Another masterclass in melancholy and the spaces between the dancefloor and the home stereo, ‘Oscillations’ is a stunning listen that features a handful of carefully-picked vocalists. Young Dutch talent Josha Daniel sets the tone on the haunting title track, where sorrowful string swells gently support his achingly delicate vocal. He returns for the soaring, club-ready euphoria of ‘Distance’, while former The Boxer Rebellion frontman Nathan Nicholson brings a dramatic rendition to the moody electro chug of ‘Taking Flight’. Another Amsterdam local, Diana Miro, brings mellifluous harmony to the progressive breakbeat stylings of ‘You’,

Previous singles ‘The Magician’, ‘Woodstock’ and ‘The Hierophant’ sound even more glorious as part of this complete body of work, providing dancefloor staples which are resplendent in melody and atmosphere and driving intent. 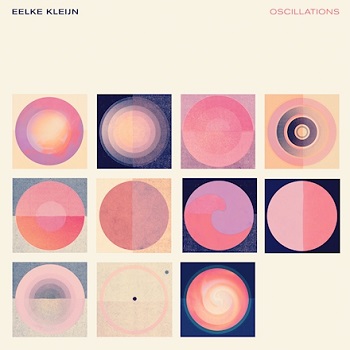 It’s a perfectly balanced listen, with just the right mixture of moods and energies and not a second too long or short. Its glorious sonics are equally matched by the album’s refined, wall-worthy artwork by ARIA-nominated artist, Jack Venzet. And while fans will have to make do with this excellent new album for the moment, the prospect of a full hybrid live/DJ audio-visual show to support it at some point in the hopefully-not-too-distant future is positively mouthwatering.

Not everyone has been lucky enough to benefit from the last couple of months, but Kleijn has been able to use his time very well indeed, incubating another masterful project. Releasing one exceptional album after the other, Eelke Kleijn is and remains an outstanding artist.