The GRAMMY-nominated DJ and producer Armin van Buuren prepares to take his DJ sets to a new dimension, announcing a series of performances in TIDAL-backed social VR platform Sensorium Galaxy.

Global dance music icon Armin van Buuren will host a series of exclusive performances in Sensorium Galaxy, the TIDAL-backed social VR platform that redefines the way people interact with each other and experience the arts.

Armin joins a growing roster of world-leading electronic artists, such as David Guetta and Carl Cox, who are set to share their music in PRISM, a groundbreaking new virtual music world inside Sensorium Galaxy.

Chart-topping artist, music tastemaker and the only DJ in history to top the World’s Best DJs ranking on 5 occasions, Armin van Buuren is a true legend of the electronic music industry.

A regular headliner at world-famous music events such as EDC Vegas, Tomorrowland, Ultra Music Festival, alongside his own internationally-renowned residency at Hï Ibiza, the trance figurehead is also well known for his entrepreneurial flair.

From co-founding Armada Music, one of the world’s most successful dance music labels, to growing his weekly radio show — A State of Trance — into the world’s largest trance community with over 40 million listeners, the GRAMMY-nominated artist continues to innovate and assure his position as of the most influential figures in EDM worldwide.

Having conquered the dance music world, Armin van Buuren has now set his sights on the virtual world, joining forces with Sensorium Corporation, together with The Night League & High Scream, to announce a series of exclusive DJ performances in PRISM, the music world located within the alternate universe of Sensorium Galaxy.

Sensorium will create a photorealistic avatar of Armin van Buuren using state-of-the-art motion capture technology, which will then be used to front the Dutchman’s performances once the platform launches early next year.

The concept of PRISM is developed with the artistic guidance of Yann Pissenem, CEO & Founder of The Night League and the mastermind behind award-winning nightclubs Hï Ibiza and Ushuaïa Ibiza. The environment and landscape of PRISM are ever-evolving, under the influence of sound frequencies and the strength of a sound wave, making it a perfect place for music events of a galactic scale. 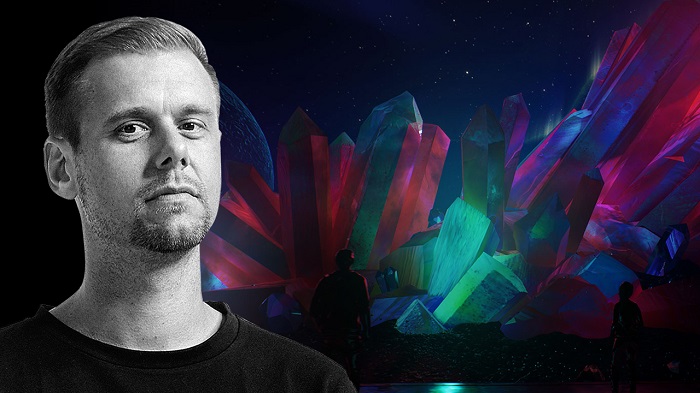 “The virtual environment that Sensorium is building allows artists to set their imagination free and create unprecedented shows that are impossible in real life. By not being subjected to the laws of physics and the boundaries of the real world, I can develop performances where the immersive environment becomes a part of the show, and my fans from all over the world can feel the real vibes of live shows and become active participants of the event. Utilising Sensorium’s technology, this will be the closest thing fans will experience to a real show, as well as a new form of art. Can’t wait for this”

To give artists a chance to engage with their audiences at an emotional level, Sensorium uses AAA graphics and advanced social mechanics enabling deeper connections between participants, eliminating social isolation — one of the biggest challenges for current VR platforms. In addition to being able to share the experience with friends, participants will be able to move through the air, experience the show through the eyes of the artist, get a digital autograph, or even a virtual selfie.

Yann Pissenem: “Armin van Buuren is one of the true pioneers of dance music. He has dedicated his entire life to his passion and it is an honour to have him join our project and take his work to a whole new level, a new reality.

The fact that Armin is joining other recently announced, huge calibre artists like David Guetta and Carl Cox clearly speaks to where the entertainment industry is heading. Sensorium’s PRISM is set to become the top virtual destination for music enthusiasts around the globe. Now, the intensity of Armin’s real-life performances will reach millions regardless of their physical location.”

The public release of Sensorium Galaxy is scheduled for H1 2021. Whether it is by wearing a VR headset, using PCs, or simply tuning in for streaming with their Macs or mobile devices, users from all over the world will be able to experience the intensity of world-class shows in Sensorium Galaxy.