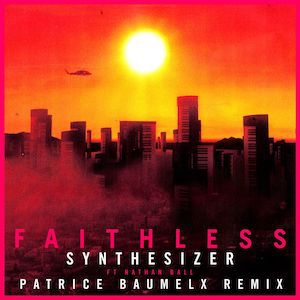 “Proud to present this laser-focused pulsing progressive house remix of ‘Synthesizer’ from Amsterdam’s Trouw resident and innovator Patrice Baumel. The master of the epic build turns in a glittering widescreen sonic adventure of this Faithless dance floor anthem.”