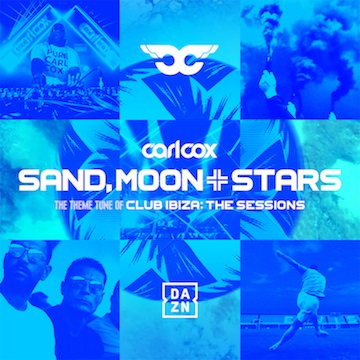 Surrounded by iconic clubs, the world’s best DJs and the most stunning Balearic beaches, ‘Club Ibiza: The Sessions‘ takes you on a season-long journey into the heart of the most famous island in the world.

Through the eyes of Ibiza’s most passionate football fans, the series captures an exclusive look into the rise of UD Ibiza (a football club unlike any other), combining exclusive interviews with behind-the-scenes access and the wonders of the island, all set to incredible new music from Carl and Ibiza-born DJs Anna Tur and Manu Gonzalez.

Furthermore, several compelling high-profile remixes are also in the pipeline and due out in the coming weeks, including a re-rub from Carl himself – more details coming soon!

‘Club Ibiza: The Sessions‘ is a DAZN Originals production in association with Cielo Azul, executive produced by Grant Best, Tom Markham and Rob Fulham, and co-directed by Jon Alex Dennis and Grant Best . It is now available on DAZN across 200+ countries and territories.