On Tuesday March 30 at 8 p.m. CET diehard A State Of Trance fans can test their knowledge of ‘Trance’ music via the biggest Trance pub quiz ever, hosted by DJ Armin van Buuren and his well-known A State of Trance side-kick Ruben de Ronde.

Set to take place on March 30 at 8 p.m. CET, the A State Of Trance 1000 pub quiz is the ideal opportunity for longtime ASOT fans to test their knowledge of the show, the music and the Trance genre itself.

Broadcast live from the A State Of Trance studio in Amsterdam, this pub quiz will settle once and for all who will be able to call themself the biggest, most knowledgeable ASOT fan. 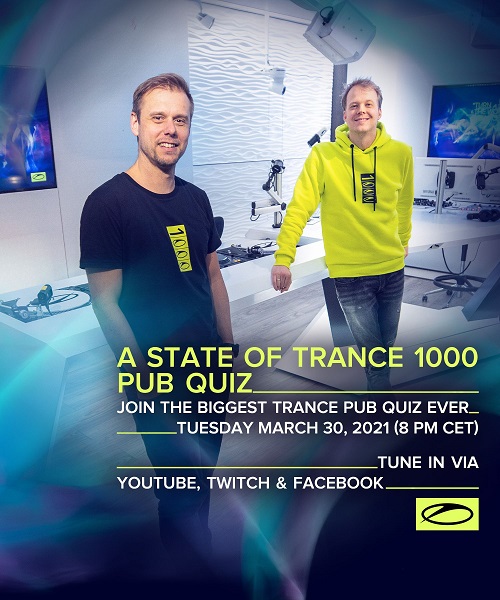 Last but not least there will be a Zoom function available, this way fans can join the livestream and interact with Armin and Ruben. Obviously there will be a beautiful award for the actual number 1, you don’t want to miss this!