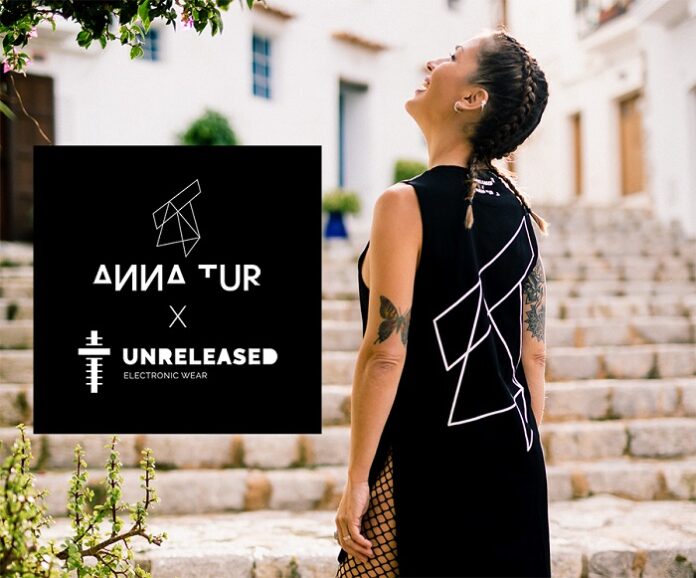 The last year has been especially important for Anna Tur who has lived some very intense months.

The Ibizan DJ and producer has launched several projects that have been very well received, including her new radio show “On Air With Anna Tur” alongside different live streams held in symbolic places. A proactive attitude that has earned her multiple and important appearances in the most popular media outlets. And now she presents her new initiative: a capsule collection together with Unreleased Wear.

The news was announced by Anna Tur herself on Sunday, March 21st. Date on which she held a live streaming broadcast from Formentera and took the opportunity to present one of the garments.

Since its birth, the Unreleased brand has managed to combine a love for electronic music and a commitment to underground culture in its collections. WADE, Raúl Pacheco, Gonçalo and Manu Sánchez have been some of its ambassadors, a list to which Anna Tur now joins.

The clothing line is inspired by the logo of the artist who has actively participated in the design of the garments. Among them, in addition to t-shirts and sweatshirts, we also find dresses and even face masks.

You can see the complete collection here.

And the good news from Anna Tur does not end here. On March 29th, her latest track will be released as part of the compilation “Rebels” by the Portuguese label Plastic Galaxy. A release in which we will also find music by respected artists such as Carlo Lio, Martin Buttrich, John Acquaviva, Stefano Noferini, Oliver Giacomotto, Gonçalo, Sharam, Anthony Attalla or Kenny Glasgow.