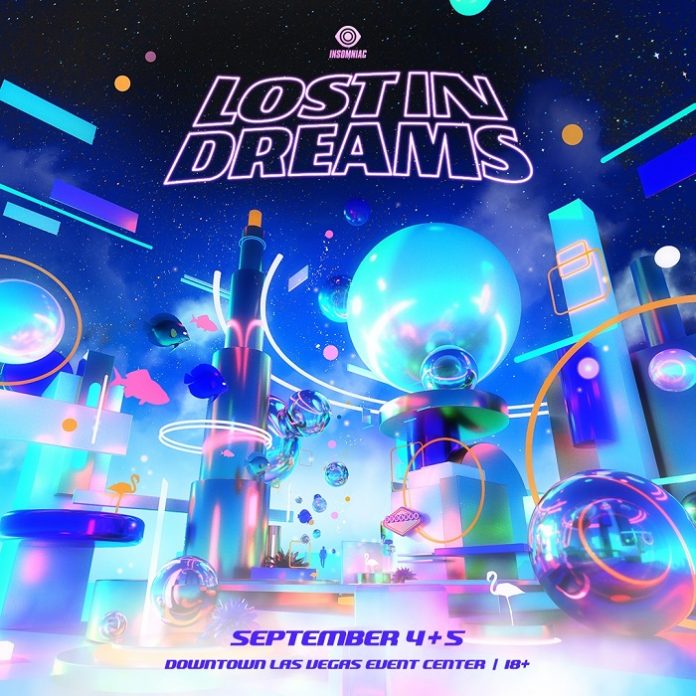 Following the reveal of Insomniac’s newest brand Lost In Dreams earlier this year, dedicated to the beloved dance music genres of future bass, melodic dubstep, and pop/electronic music, Insomniac has announced the dates for the first Lost In Dreams music festival, taking place at the Downtown Las Vegas Events Center in Las Vegas, NV across three dreamlike stages on September 4 & 5, 2021.

The two-day, outdoor affair further builds Insomniac’s global roster of events and expands its footprint across Sin City, which is also home to EDC Las Vegas, the largest dance music festival in the world.

Lost In Dreams will take attendees on a journey through their wildest dreams, blurring the lines between reality and fantasy. The three-stage event will showcase a new world of future bass, melodic dubstep, and vocal driven dance music on display from an all-star lineup of producers across the genres.

Transcending into a multidimensional environment of light, color, and sound, Lost In Dreams will deliver an immersive, visual festival experience unlike any other. The regular on sale for GA and VIP festival tickets will begin Friday, June 4 at 12 p.m. PT at lostindreamsfestival.com. 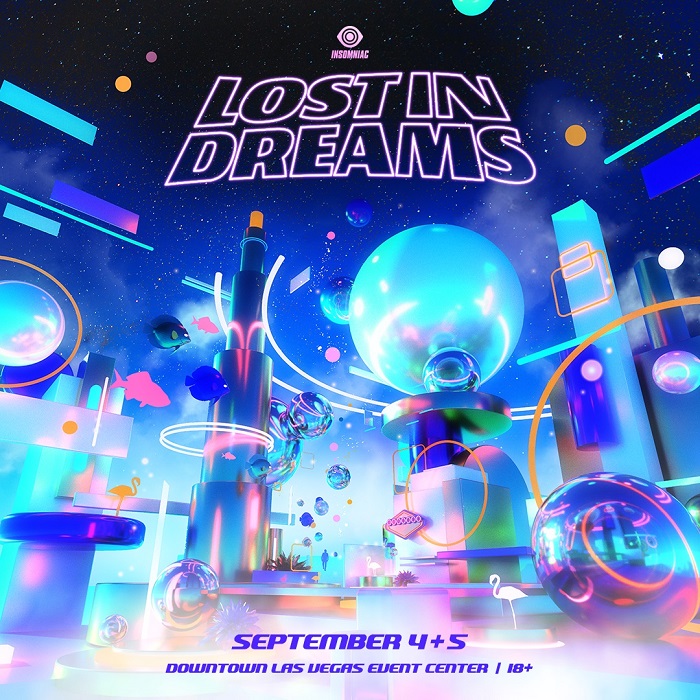 Since the launch of Lost In Dreams back in February 2021, the accompanying label has propelled a variety of acts into the spotlight. With five releases already under the Lost In Dreams umbrella, including collaborations with Kaivon, Crystal Skies, Haywyre, Highlnd, and Danny Olson, Lost In Dreams is the perfect home for both rising talent and established acts alike.