‘My Night’ is International DJ and producer Claptone‘s latest release co-produced with the almighty Stuart Price. It has everything a proper hit requires, it’s sticky like superglue, and only slightly less addictive than a Netflix binge.

‘My Night‘ see’s the international underground producer flirt with pop delivering an infectious and feel-good booster just as intoxicating but this time very different than his underground releases.

The package now gets the special remix treatment from some carefully curated and highly respected names, Myd, Ferreck Dawn and Picard Brothers who have reworked the release in their own signature styles.

With the Myd remix you will find it full of relentless pace, with a heavy analogue kick drum and cowbel, floating gentle synths and a huge focus on the vocals. This is a brilliant simple, stripped down and super effective version. Myd is an artist that is on the up, super creative, larger than life multi-instrumentalist and pioneer of club culture as part of Club Cheval. He has produced for SCH and Kanye West and is now part of the infamous ED Banger records family. 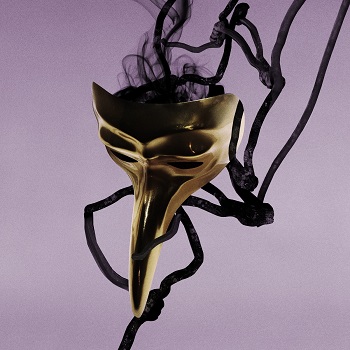 The Ferreck Dawn remix conversely sits in Claptone‘s underground world, driving and main room, with big builds and tension releasing drops. The feel is bouncy and Housey, with piano stabs that build and build into a long and tension building drop. It’s fun and energetic and a great DJ weapon in true Ferreck style. Already an accomplished producer and DJ with the best part of 20 years’ experience on the international scene, he is supported by a wave of DJs that include Carl Cox, Luciano and Nic Fanciulli. He recently caught great hype with his vocal house stomper ‘In My Arms‘ becoming a sure-fire dance anthem.

French filtered Disco – this is what you get from the Picard Brothers, having worked with the biggest artists in the world including Beyonce, Dua Lipa, Mark Ronson, Major Lazer and Rudimental. Here they deliver a little of the French Touch, classic sounding disco house but still super contemporary. Driving disco style beats, funky guitar licks and those famous French filters throughout.

Claptone ft. APRE ‘My Night‘ (remixes) are out now on Different Recordings.