Award-winning producer Eric Prydz is joining the Sensorium Galaxy Metaverse to host a series of exclusive performances in PRISM — the world’s most anticipated virtual destination for extraordinary music events.

Commenting on the new collaboration, Eric Prydz said: “I believe metaverses are taking digital events to the next stage, which is one of the main elements that has drawn me to this project. Working with cutting edge technology to deliver special performances has always been mine and my team’s goal, but to now take what we do in a physical space into a digital environment, creating endless possibilities, is so exciting!”

Prydz has been at the forefront of electronic music for more than a decade, thanks to his visceral productions and exhilarating live shows. His bold and ambitious concerts are known for pushing the limits of music and technology to create experiences that get the entire dance world talking, something that aligns perfectly with Sensorium Galaxy’s vision for music experiences. 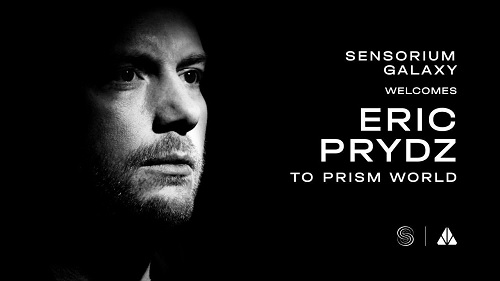 Aside from his upcoming virtual shows in PRISM, Eric Prydz is also taking part in Sensorium Galaxy’s international brand reveal campaign ‘The Chosen Ones’. He is the first artist to be featured on a series of short videos conceptualized by Academy-Award winning creative production studio The Mill, and renowned creative agencies The Night League and High Scream. These agencies have a record for delivering outstanding productions, visual effects, and virtual experiences for clients such as Ford, Disney, Nike, Coca-Cola, Burberry, and many other top-grade brands.