A.M.R is the alias of Qatari producer Amr Hachicho. His career began in 2008 with trance releases on Enhanced Recordings, and he immediately gained support from some of the genre’s biggest names, like Above & Beyond, Armin van Buuren and Tiesto.

A decade later, A.M.R switched gears, diving into deeper, progressive sounds with a series of EPs on Monstercat Silk. This year, A.M.R made his Anjunadeep debut with “Central Park”, the emotive closing track from Anjunadeep Explorations 17. Off the back of that release, he took the reins on a coveted ABGT Guest Mix spot (Group Therapy 409).

“To be able to remix this legendary track is an honor. It was important to me that the remix I delivered stayed true to the original but reimagined through my ears.” – A.M.R 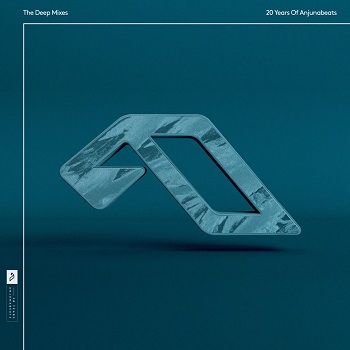 Producing under his Newman (I Love) alias, Stephan Delacotte is An All Day I Dream label regular best-known for his 10-week chart-topping debut EP, ‘Breath of the Souls.’ He makes his Anjuna debut with a slower-tempo remix of “Love Is Not Enough.”

“This project started out as a fun experiment when Tony from Above & Beyond discovered my sound and invited me to be a guest on the Deep Set livestream series. They imagined the vocals of “Love Is Not Enough” on top of my grooves, so they asked me if I would remix the song. They liked my slower tempo and less trancey interpretation so much that this became an official release.” – Newman (I Love)

Born and bred in London, Anjunabeats started life as a university project in the year 2000. Today, Anjunabeats is one of the world’s best-loved dance labels. Over 700 releases spanning two decades wear the iconic Anjuna ‘A’.

Summer 2021 sees an eclectic selection of house and techno producers take center stage, reworking nine Above & Beyond hits. ‘The Deep Mixes’ compilation features remixes of singles from Above & Beyond’s debut album ‘Tri-State’, as well as remixes of vocal anthems from their renowned ‘Group Therapy’ and ‘We Are All We Need’ albums.

Above & Beyond feat. Zoë Johnston – Love Is Not Enough (The Deep Mixes) is now available across all platforms.