On the Claptone remix, Faithless said:

“Bringing us straight back onto the dancefloor with a flourish German maestro Claptone bring us a warm piano-infused house interpretation of ‘Innadadance’.  Soul II Soul legend Jazzie B’s vocals intoning over a kinetic fat bassline, joined by Suli Breaks impassioned poetry and a driving groove propel it to an ecstatic euphoric peak.” 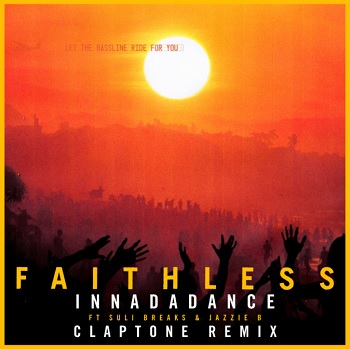 Claptone said: “It was an absolute honour to have been asked to remix one of the few legendary club music pioneers still writing and producing strong music to date. I feel especially flattered, after I already put my hands on their ‘Bombs’ in 2015 which is one of my personal favourites. But maybe this one turned out even better? Just listen, it’s right there ‘Innadedance’ and it’s only together, so let’s get back on the dancefloor.”