Just A Ghost feat. Seal was originally released earlier this month, marking one of the most intriguing collaborations taken from Claptone‘s new album. Now, the single takes a new direction in the form of Vintage Culture‘s dance-infused production style. Designed for the main room at peak time, as well as fitting in perfectly at a festival, it is a powerful melodic remix with a dark tech infused edge, full of emotion and building euphoric energy. Staying true to Claptone‘s original production and the unmistakable vocals of Seal. 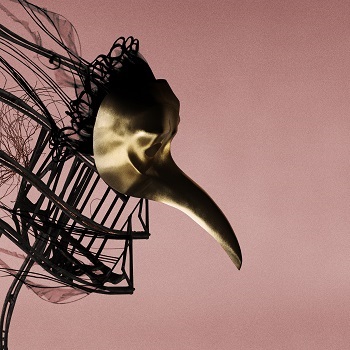 Brazilian artist Vintage Culture is on a roll with a string of notable reworks for the likes of Meduza, Moby, Diplo, David Guetta & Sia, and collaborations with artists including Jorja Smith.

Running parrel to his remarkable catalogue of remixes and collaborations, many of Vintage Culture‘s releases have been certified Platinum and have amassed over 2 billion global streams. From gracing the cover of Rolling Stone Magazine to being featured on Forbes’ 30 Under 30 list, Vintage Culture has topped the Billboard Hot Dance, Spotify Dance and Beatport Main Overall Charts, with his productions spanning labels including Spinnin’ Records, Defected, Atlantic Records UK, Island Records, Parlophone UK, Domino, Virgin Records, and his own Só Track Boa label.

Set for release on November 12th, Closer has been in the making for over three years and showcases a natural development in sound for Claptone. The aptly titled album is the next phase of the enigmatic artist’s musical evolution following the 2018 LP, Fantast and the 2015 debut, Charmer.

See the official Visualiser below.