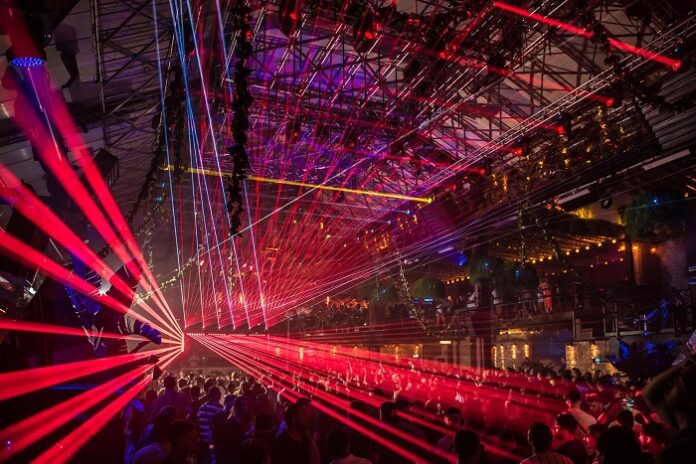 Two parties across two consecutive days, four rooms and tens of world class DJs: this is going to be the shortest but sweetest season ever!

It’s been a topsy turvy year but Amnesia Ibiza is giving us all two big reasons to be excited with historic back-to-back opening and closing parties on October 22nd and October 23rd. 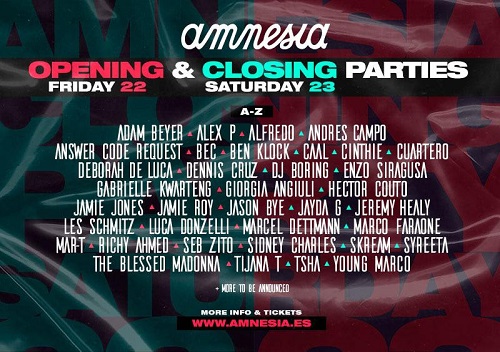 This has been a summer unlike any other, with none of the usual landmark events at Amnesia Ibiza. But the iconic brand has worked hard to bring their famous experience to clubbers around the world with a special week long take over festival in Croatia, a very special Sunset Session party at a spectacular 17th-century Fortress on the Isle of Pag and even a virtual rave in the Amnesia virtual venue in collaboration with Decentral Games, the world’s first immersive 3D metaverse experience.

Now, these two special parties offer the exclusive chance to dance on the White Isle this year. Although Saturday is sold out, the club will be doing something special for residents who head down early. Both nights will be the mother of all parties with all of the stops pulled out, the production beefed up, the immersive light and visuals all ready to take you into another dimension.

As for Saturday, from early on, the Terrazza is all about the Amnesia classics, while the 3rd Dimension offers a new and considered sound from red hot acts Jayda G and Young Marco who dig deep and join the dots between multiple genres with real flair.

Later on the Terrazza comes Jamie Jones who of course hosts his hugely popular Paradise party at the club. He is joined by the sensational The Blessed Madonna, who will become a much more regal fixture at Amnesia in 2022 so keep your eyes peeled. Amnesia regulars Richy Ahmed, Cuartero, Mar-T and Caal, Sidney Charles and Seb Zito and Luca Donzelli also bring the goodness, while the Club is all about big room techno with Adam Beyer, Marco Faraone, Deborah de Luca and more.

You can expect a whole season’s worth of pent up partying to be released at these two epic parties. Make sure you’re part of history.

Only Friday tickets remain but will sell out soon, so head via the link to get yours.

Amnesia’s Pyramid announce ‘The Last One of the Season’