2021 has been an especially monumental year for Armin van Buuren so far.

The Grammy-nominated Dutchman surpassed the milestone number of 1000 episodes with his globally syndicated A State Of Trance radio show, collaborated with dance icons such as Alesso, Timmy Trumpet, Steve Aoki and Dutch vocal sensation Davina Michelle, and spoiled his ever-loyal Trance following with the debut installment of his new, collaboration-packed ‘A State Of Trance FOREVER‘ album series.

Every single piece of this year’s musical output has underlined the tireless dedication of the five-time #1 DJ in the world and culminated into his recently unveiled twentieth consecutive Top 5 spot in DJ Mag’s annual Top 100 DJs list as he grabbed the #3 spot as well as the title of highest ranking Trance artist. 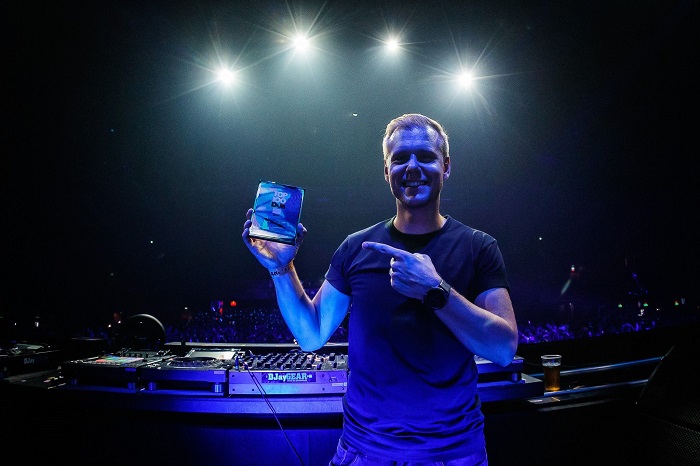 Here’s what Armin van Buuren had to say about this : Wow, thank you all so much… I really can’t describe how grateful I am to once again be among the top 5 best DJs in the world. And #3 again too! The past year and a half have been a challenge for everyone, but since I was still able to release music and connect with my fans around the world via A State Of Trance radio show, it became a lot easier.

This past time has proven how strong the A State Of Trance family and bond of all dance music lovers really is and that music conquers all. I have loved working on many different songs with many different artists and I hope you loved listening to the tracks.

We didn’t celebrate ASOT 1000 together yet, but we will soon. We can hopefully see each other soon on the dance floor, but for now, thank you so much for voting and take care! And huge congrats to David Guetta and Martin Garrix, the numbers 1 and 2! With love, Armin.“