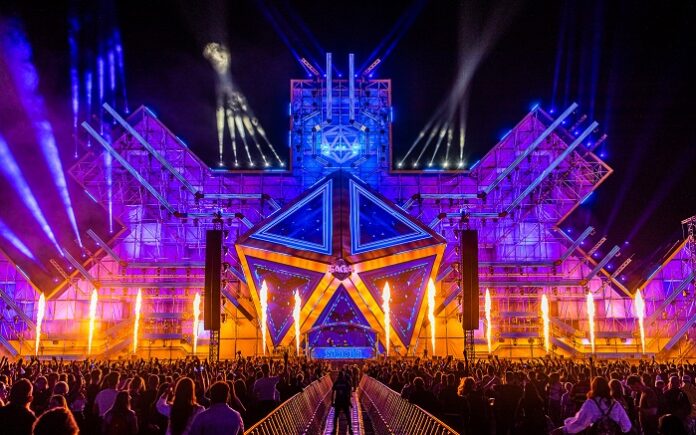 From 3-5 June 2022, SAGA Festival is set to return to its homeland of Romania for its second edition in Bucharest. Ahead of the event’s return to the capital, preparations are underway to elevate next years’ experience even further, having just announced that SAGA Festival 2022 will now reside in the immense setting of Bucharest’s National Arena and the surrounding park area.

The SAGA concept enjoyed a successful debut in the expansive airfield location of Romaero SA in September of this year. Event organisers ALDA spared no details in making SAGA one of their most immersive and impressive productions to date, boasting a sparkling roster across six stages, awe-inspiring drone shows, secret DJ sets and more across a memorable weekend.

The “Take-Off Edition” of the festival was a huge hit with the Romanian contingent, and the follow-up edition will aim to be again when it takes place in its new stadium setting come the summer. SAGA will build upon its young-but-stellar reputation by drawing in around 150 of the most appreciated international and local artists in the name of mainstream, house and techno, not forgetting a formidable audience and next-level production to suit.

In announcing a brand-new venue for 2022, three headliners have also been revealed ahead of the 3-day festival’s return to Romania in June. Bringing the mainstage energy are three SAGA debutants from all corners of the globe. The first is international superstar Afrojack, who will be looking to turn up the speakers inside the National Arena upon his welcome in Bucharest.

From further afield, the second edition of SAGA will also call upon the unrivalled stage presence of esteemed American producer Marshmello to provide one of his typically eclectic and dynamic DJ sets. Completing the trio is Timmy Trumpet; originally on the 2021 billing, he was unable to perform this year so will be looking to put on a strong performance when his chance comes around again next year. More artists are set to be announced soon, with more information due on the 2nd of December.

In celebration of SAGA‘s new home, ALDA have something special planned to take place at the National Arena on 1st of December; Romania’s National Day. Marking the occasion and the exciting news, there will be a dramatic fireworks display around the stadium during an exclusive on-location DJ performance supported by Du Mad and Kov. The entire event will be broadcast live.

During this time, those who have registered for ticket information on the SAGA Festival website, will be able to purchase tickets for next year’s edition at a special price, between 19:00 and 00:00 EET, with deposits starting at just €10. The following day, general ticket sales will then commence on 2nd of December.

In 2021, SAGA attracted more than 135,000 fans from more than 30 countries from around the world; an incredible feat for a brand-new dance music experience. Now, SAGA is to return bigger and better than before less than a year later, from 3-5 June 2022. Fans can still register their interest on the festival website here. 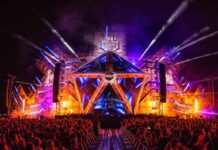 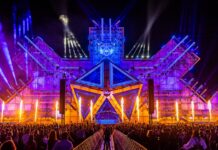