David Guetta has unveiled a monster extended remix of the recent Coldplay and BTS collaborative hit ‘My Universe’.

Brimming with big room dancefloor energy, the extended remix sees Guetta deliver a stripped-back version of ‘My Universe’ which transforms the original into a progressive house behemoth.

Creating two edits of the international hit, the extended remix accompanies Guetta’s official remix, which pairs vocals alongside club-ready percussion. They follow the globally adored original, released in September that hit #1 in a host of countries including the US, Singapore and Hungary, and Top 5 in countless other territories, including #3 in the UK. 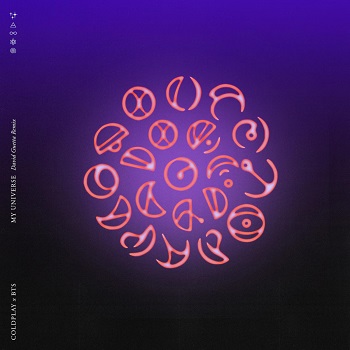 The release coincides with Guetta’s GRAMMY nomination for his collaboration with Afrojack on single ‘Hero’, his tenth GRAMMY nomination to date, while his recent track ‘If You Really Love Me’ has become Silver-certified in the UK and hit 100 million streams globally.

Prior to this he was crowned ‘Best Electronic Act’ at the MTV Europe Music Awards and topped the coveted DJ Mag ‘Top 100’ poll, both for the second year running.

A creative collaboration involving three of the world’s most recognisable musical acts, the David Guetta Extended Remix of ‘My Universe’ is destined to become a global smash.