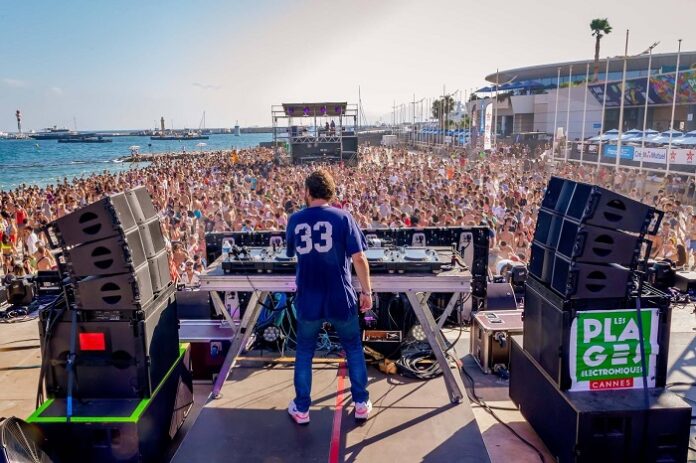 On August 5th, 6th and 7th 2022, the gorgeous city of Cannes in the South of France will once again welcome the much-anticipated return of Plages Électroniques.

This time, it comes in a new format with a renewed visual identity and program makeover that features the cream of the French and international scene from the worlds of electronic music, rap and pop, with up to 60,000 people expected over the three days. The likes of David Guetta, Martin Garrix, Paul Kalkbrenner, Folamour, Kungs, Bon Entendeur, Vladimir Cauchemar, Monolink, Oboy, Lala & CE and more are all set to play a range of beautiful stages on the beach, the sea and more.

More than just a Beach Party, Plages Électroniques has established itself as one of the major summer events in France and in Europe as it welcomes 60000 people across three days. The past two years have enabled the Allover Productions team to concoct a very special edition for the big 2022 reunion. 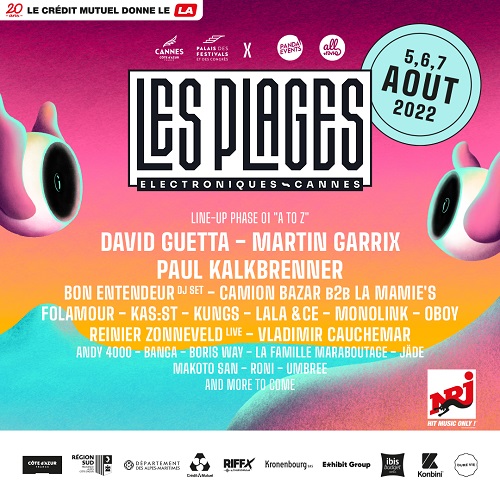 Matthieu Corosine, CEO Allover, says, “It was important to us that this new edition made an impact. We have evolved our event since 2006 to meet the public’s expectations as closely as possible, while surprising them year after year. We wanted to let go and have fun, as much as to treat festival-goers.”

This year, Plages Électroniques are unveiling the most ambitious line-up in their history. Between big headliners and nuggets unearthed in France and around the world, there will be something for everyone. Festival-goers will be able to sail from stage to stage and go from Folamour, the French legend of the disco house scene, to Damso or Lala, while making a stopover for a set by David Guetta, Bon Entendeur or Vladimir Cauchemar.

“These two years of forced hiatus allowed us to work on our format in depth to offer the ultimate edition. Beyond this preparation, we took advantage of this time to test things. We started streaming, in particular with a set of FOLAMOUR on a yacht in the Lérins Islands, we piloted beach cleaning operations between Nice and Cannes and last summer we launched Villa Plages, a new concept for live concerts with your feet in the fresh grass of the gardens of Villa Rothschild in Cannes.

We are continuing the production of international festivals with the Electronic Dunes in Tunisia, the MOGA Festival in Morocco and more recently a first version of the MOGA in Lisbon. All these experiences have allowed us to build a festival not only demanding in terms of programming, but also committed to the major themes that concern our audience such as respect for the environment (zero single-use plastic among others), the inclusiveness of audiences and the safety of our festival-goers.”

In the coming months, Les Plages Électroniques will unveil many more DJs as well as workshops and talks with various speakers, digital innovations and much more.

Head to link for full information.