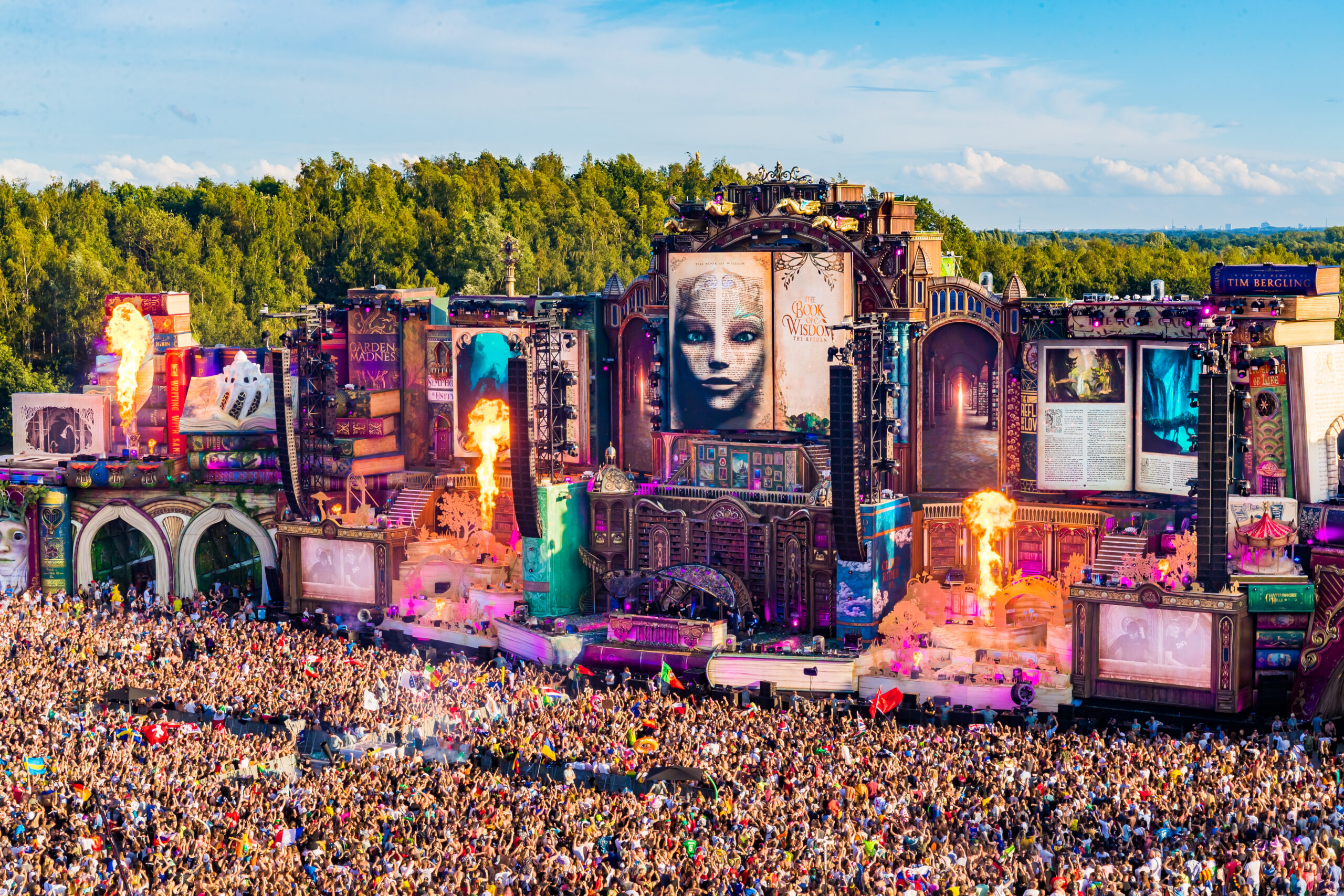 Being a home to hundreds of thousands of people from all walks of life, one of the most unique things about Tomorrowland remains the whole world coming together in one magical place with everyone being equal and uniting as one – symbolizing the values of freedom, respect, diversity, and solidarity.

Tomorrowland wants to put six unique artists in the spotlight who are passionate about music and whose message the festival strongly supports: Carola, Jana Vitiligo, Mandidextrous, Moore Kismet, Odssey and RayRay all share those same values and are now the very first to be announced to perform at this year’s edition “The Reflection of Love”

Each of them will grace the Holy Grounds of Tomorrowland during this year’s legendary three-weekend long edition, entering the biggest stage of their career while inspiring the People of Tomorrow and building towards a more inclusive, equal and diverse world through the universal language of music.

Fans from all over the world can now pre-register via the Tomorrowland Account on tomorrowland.com for a chance to secure tickets for Tomorrowland 2022. 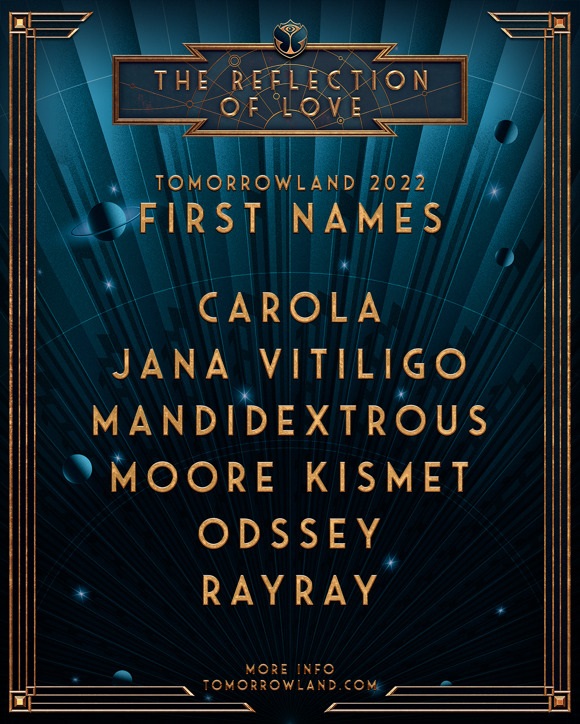 Get to know everything about the first six artists to be announced to perform at Tomorrowland Belgium 2022 below. The 16th edition of Tomorrowland will revolve around this year’s theme ‘The Reflection of Love’.

Brazilian dance music starlet Carola has cemented her reputation as one of Brazil’s hottest names, making an instant impact with her highly atmospheric house sound in a very male-dominated scene. Growing up lacking financial resources, the highly talented music producer taught herself from scratch to produce, mix and master her own music, eventually becoming the first female artist ever to release on Martin Garrix‘s STMPD RCRDS.

Since starting her journey, Carola has definitely been one to watch in Brazil’s electronic scene, accumulating over 12 million Spotify streams across her releases. The year of 2022 will see Carola continue her meteoric rise to stardom, ready to make her debut at Tomorrowland!

Female Belgian DJ Jana Vitiligo started out running her own agency in the nightlife industry. The experience that came with it and her never-ending pursuit to deliver memorable nights inevitably resulted in the idea to take full control of the night as a DJ under the name JANA.

Being insecure for years and keeping her auto-immune condition Vitiligo secret for the outside world, after much self-reflection the Belgian power woman decided to accept and embrace her imperfections and motivate others to do the same without feeling stigmatized – her alter ego Jana Vitiligo was born in 2021. Having played at some of the biggest nightclubs, parties and festivals in Belgium, Jana Vitiligo is now ready to make her Tomorrowland debut in 2022!

Dance music pioneer Mandidextrous has been in the game for over 10 years, renowned for their energetic techno & drum and bass sounds. Openly identifying as non-binary transgender, this DJ, producer and label boss started their own record label Amen4Tekno and made it as a transgender underground artist in a predominantly cis-male dominated scene.

Striving to change attitudes and expanding minds about transphobia, Mandidextrous abolishes the notion of gender, letting their music break boundaries and conquer the dancefloor. Being a regular venue filler at many clubs and festivals in the UK, Mandidextrous is ready to make their debut at Tomorrowland in 2022!

Southern California raised DJ and producer Moore Kismet first appeared in the bass music scene at just 15 years old, quickly progressing from an artist to watch to an industry staple. The young bass music prodigy is known for their unique and ever-evolving music, often inspired by the artist’s experiences with love, mental health and personal growth.

Being an openly pansexual and non-binary artist and an influential voice of the LGBTQ+ creative community, the electronic music wunderkind never ceases to impress with their forward-thinking style, redefining dance music and leading the next generation of emerging electronic music artists. At the age of 17, Moore Kismet is ready for his Tomorrowland debut in 2022, further taking the dance music world by storm!

Young Belgian DJ & producer Odssey started as a DJ at the age of 12, performing at a bunch of youth clubs in his hometown. Two years later, Odssey started producing and making his own music, using his autism to keep his focus, explore his wildest ideas and shape his mixing skills and production talents. Having made his debut at Tomorrowland in 2017 and having released his first record with Generation Smash in 2019, Odssey is finally ready to return to the Holy Grounds in 2022!

Fast-rising DJ & producer RayRay is Taiwan’s finest musical export and is dropping pins across the global electronic music map. Starting out her career as a hip-hop DJ at the age of 17 in the local Taipei scene, she organically gravitated to the electronic music cartel, making her a diverse addition to the ever-evolving music industry.

As Taiwan’s first breakout dance music artist, RayRay helps Taiwan’s expansion into the worldwide dance music industry, providing opportunities for other Asian artists to make connections with international acts and help them to become known overseas. Having made her debut at Tomorrowland in 2018, RayRay is finally ready to return to the Holy Grounds in 2022!

Stay tuned for more because Tomorrowland is set to drop the full lineup tomorrow!