Italy’s iconic Kappa Futur Festival returns on July 1st for its longest ever edition and now confirms the second phase of their line-up, adding a whole host of top DJs to make this year’s festival the most epic yet. 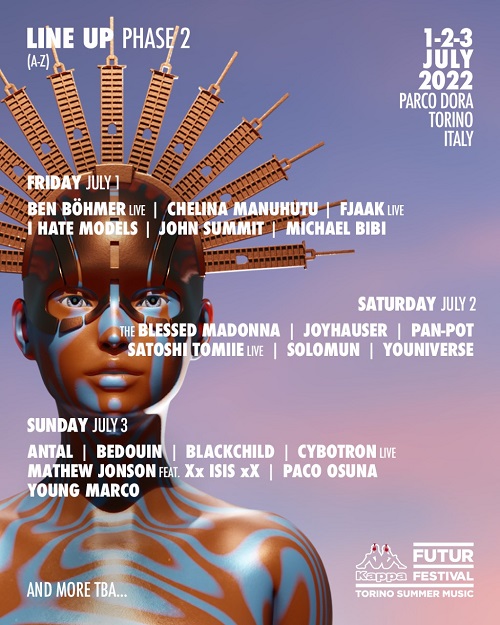 The world-renowned electronic music and digital arts festival’s 9th edition will now run across Friday 1st, Saturday 2nd and Sunday 3rd July returning to the famous Parco Dora in central Turin. The festival’s last edition in 2019 was a record-breaking success – selling out both days (over 50, 000 tickets) and bringing together over 100 different nations of passionate house and techno lovers to enjoy the world’s best DJs.