The anticipation for “Bella Italia” in Mecklenburg-Vorpommern is growing day by day. From 06 – 10 July 2022, the Neustadt-Glewe airfield will be transformed into an Italian festival village.

For the 19th edition of AIRBEAT ONE Festival, the gigantic pyro show will shine in green, white and red. Northern Germany’s largest electronic music festival, has just announced new wave of superstar artists set to perform at this year’s edition.

Neelix and the Ostblockschlampen present the German artists on the Mainstage. 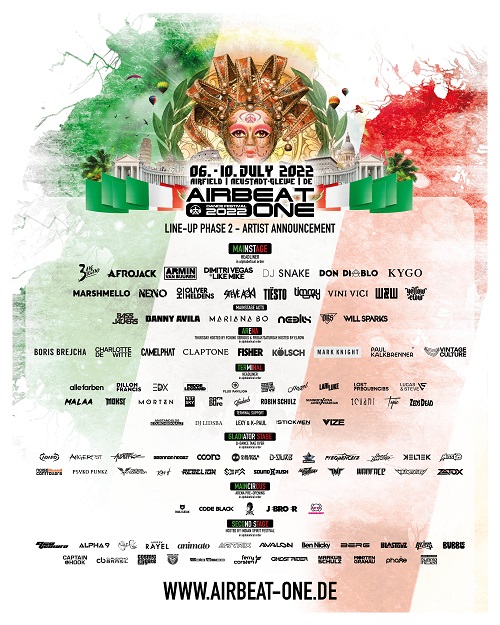 In 2022, the new techno Arena stage will finally be inaugurated at the 19th edition of AIRBEAT ONE Festival. And for this premiere two sensational stage hosts have been arranged.

On Thursday, Boris Brejcha and his “fckng serious brand” will take the reins. On Friday and Saturday it will be very colorful and extravagant with the most famous Spanish Electro-Dance party elrow.

They will be joined by Dr. Peacock, Frequencerz, Keltek, Noisecontrollers and Zatox. Psyko Punkz, Ran-D, Rebelion, Sefa, Sound Rush, Sound Rush & Atmozfears pres. 2^1, Sub Zero Project and TNT make the second line up announcement for the new Gladiator Stage complete. Here D–Sturb, Headhunterz Radical Redemption, Warface and Wildstylez were already set to perform. And for the pre-opening in the Main Circus on Wednesday icons of the Harder styles such as Paul Elstak, Code Black, Deadly Guns, Jeborer and Korsakoff are ready to blast the speakers.

Tickets for the AIRBEAT ONE Festival 2020 are now available! Currently the “3-Day Regular Ticket – Full Weekend” is available in pre-sale phase III for 159,99€ plus fees.

The VIP Gold Pass costs 1199,00€ plus fees for 3 days. The Pre-Opening Pass for Wednesday is available for 34,99€ plus fees. Day tickets are available from 79,99€ plus fees. Currently, there are still spaces available for all camping options. Easy Camping is the new option for this edition, where an already pitched tent in the area of the Nord Camping is ready for the visitors starting from 199,98€.

Watch the official teaser below! 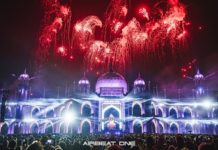 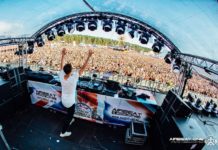 Breaking: AIRBEAT ONE Festival will not be able to take place this year