Following the announcement of a new venue in Kingston Downs, a new theme with ‘A New World’, and a new venture in the release of Chapter 01 of its graphic novel, “Tears of a Fallen Star,”… the next chapter of Imagine Music Festival will see something that has become quite familiar throughout its history- a massive lineup. 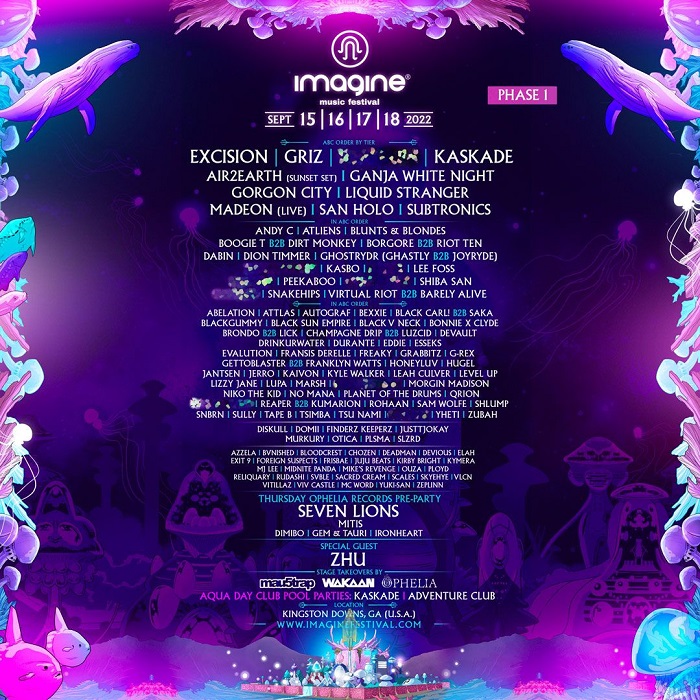 The phase 01 lineup includes world-renowned DJs and producers such as:

Imagine will also feature a performance by special guest, ZHU, and stage takeovers by record labels Mau5trap, Wakaan, and Ophelia. Also returning in 2022 is the signature Imagine Festival Aqua Day Club Pool Parties, where Kaskade will heat up the decks for fans as part of his second set of the festival, and Adventure Club will be featured at the other party.

More artists will be announced in the coming months.

The aquatic-themed festival will be set in an organic oasis, featuring three days of the world’s best DJs, artists, and performances on master-crafted stages- filled with rich ocean art, decor, and all brought to life with the energy the fans the world over. Poised to dive into ‘A New World‘ at Kingston Downs, Imagine will provide fans with enhanced infrastructure, including paved roads, an expanded footprint, and topography with proper drainage than previous sites. Fans can also expect workshops, yoga and meditation classes, health and wellness classes, food from over one hundred vendors, including vegan and local options, cirque, and more.

Tickets are available online at here. Imagine Music Festival is an 18 and over event.