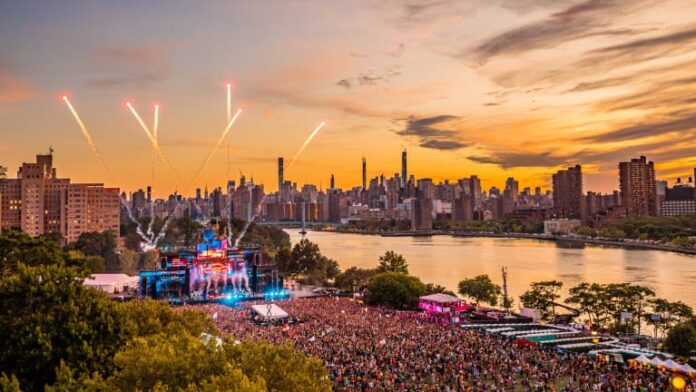 Leading technology company Pollen Presents has announced that they are teaming up once again with renowned New York festival Electric Zoo for the return of Electric Zoo Adventures: Cancún Edition. Following a sold-out first edition, the experience will feature a bigger lineup and an action-packed itinerary throughout four unforgettable nights in Cancún from December 1-5.

The lineup for the 2022 edition will include performances by legendary producer deadmau5, Diplo performing a signature groundbreaking house set as part of his Higher Ground imprint, a DJ set from beloved duo SOFI TUKKER, Dutch future house pioneer Oliver Heldens, and LP Giobbi, who has gained massive popularity in the last 18 months and is now established as one of the most incredible female DJ/Producers that are turning dance music upside down. 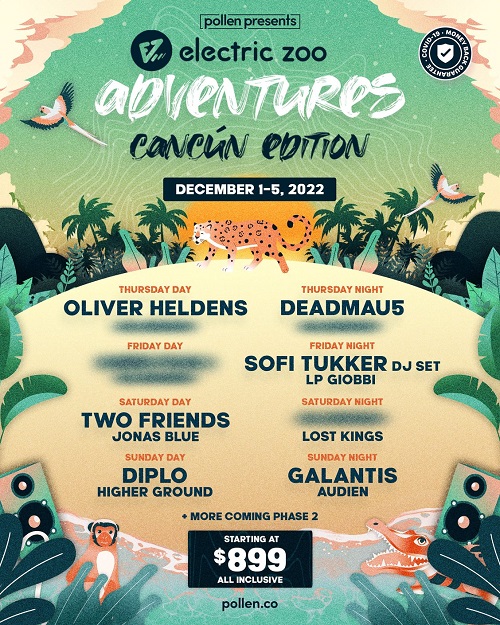 For more information about the experience, including payment plans, package upgrades, and FAQs, visit Pollen’s website  to stay up-to-date with the latest in lineup, pricing, and news.