AVIAN GRAYS, one of Dance music’s most promising rising stars, will be doing the opening for an A-list line-up at Ushuaïa Ibiza on Sunday, June 26, 2022, consisting of Armin van Buuren, Fedde Le Grand, and Ruben de Ronde.

On a rapid rise to international acclaim, AVIAN GRAYS will be bringing her playful, energetic sound to Ibiza, where she will be playing for the very first time. Backed by two of dance music’s finest producers, the masked frontwoman is one of the most exciting new artists to watch.

Her breakout hit, a collab with Armin van Buuren and Jordan Shaw titled ‘Something Real‘, achieved airwave triumph in the Netherlands and clocked up over 35 million streams on Spotify. 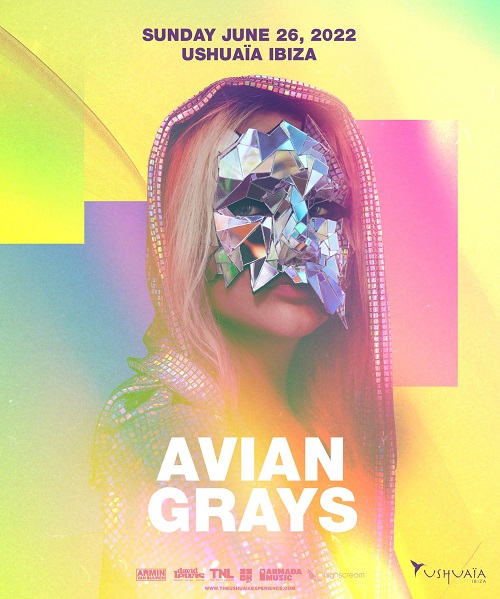 Most recently, the Armada Music starlet has released the summer hit ‘Better Off‘, remixed tracks from leading acts such as Loud Luxury, Steve Aoki and Armin van Buuren, and saw her music championed by many of dance music’s hottest names.