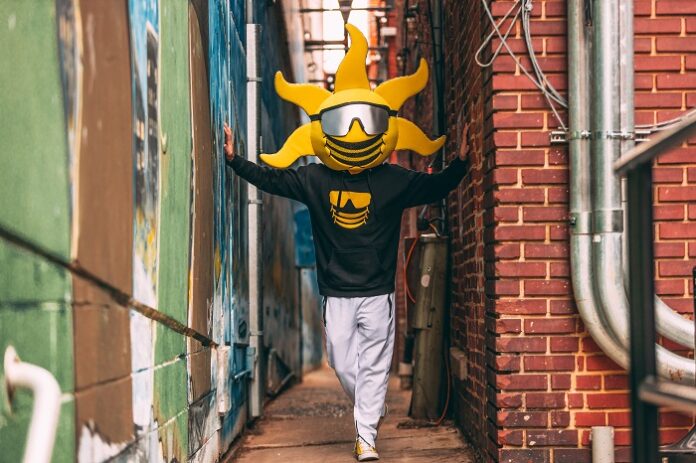 Energetic and fun-loving DJ and producer, ALWZ SNNY, has an undisputed talent for creating catchy songs with great vibes.

But he also creates amazing music videos that capture the tone of his music and convey it visually. They deserve as much love as his music, so we picked out our top five favorite ALWZ SNNY music videos.

Check them out below!

As a fully animated short, “GLOW” is one of the more unique music videos in ALWZ SNNY’s catalog.

The studio behind the animation in this video, Toon54 Productions, has worked with a plethora of other talented artists. Kelly Clarkson, All Time Low, Marshmello, and Darius Rucker are just a few of the many musicians Toon54 has collaborated with.

In “GLOW,” we follow the crew of the ALWZ SNNY spaceship — animated versions of Hi-Rez, ALWZ SNNY, Sincerely Collins, and Julia Ross — as they explore the galaxy. Eventually, they discover a mysterious planet and find strange aliens living there amidst a sea of glowing green orbs of light. The aliens suffer from a power blackout, but SNNY is able to restore energy to the planet by transforming into a giant glowing sun.

In terms of style, the animation used in “GLOW” is very reminiscent of cartoons from the late 1990s and early 2000s, such as Dexter’s Laboratory and The Powerpuff Girls. Any viewers familiar with that era of cartoons are sure to feel a wave of nostalgia from watching this music video.

We found the use of animation in “GLOW” to be very endearing. Especially so in the case of SNNY’s character, who becomes much more expressive as a cartoon character. And the vibrant visuals of the overall project make this one a delight for animation fans.

Anyone who has vivid memories of the dynamic drama of high school is sure to get a kick out of “Parachute.”

Viewers are introduced to a cinematic tale featuring a cast of characters that represent some of the typical archetypes of high school: the “Crush,” the “Jock,” the “Cool Girl,” and the “Mean Girl.” This time around, SNNY plays the role of a shy underdog with big dreams. Sincerely Collins fills in a few different roles throughout the video as he provides lyrics on the track.

The lyrics of “Parachute” describe a love affair between two people who raise each other up and provide support for each other when they fall, just like a parachute. This sentiment fits in when with the love story between SNNY and “Crush” that develops throughout the video.

We see the students at this high school interact in familiar ways. “Jock” bullies SNNY (and their teacher) and SNNY agonizes over being too shy to talk to “Crush.” Ultimately, everything comes to a head at the most important event of every high schooler’s life: prom night.

But something goes wrong: there’s no DJ to play the music! Just when all seems lost, SNNY steps up from the crowd and gets on stage. The other students look at him with uncertainty at first, but he quickly removes any doubts. SNNY saves the night, uniting everyone through the positivity of his music. He even gets a kiss from “Crush” as fireworks explode in the sky. A happy ending if ever there was one.

The fast-paced and upbeat energy of this music video is absolutely infectious, and its story of overcoming shyness to become the life of the party is inspiring.

Have you ever wondered what a game of Monopoly would look like in the real world? If so, then “I’ll Be Alive” is the music video for you.

The story kicks off with a young person wanting to play Monopoly with their two companions. Both of the others look skeptical but wind up agreeing anyway. As they select their pieces, we see them represented in the real world in addition to the board: “The Boat,” “The Car,” and “SNNY.” We also see “The Banker,” clad in a very elegant tuxedo complete with gloves, a top hat, and an old-fashioned pipe.

As the game progresses and the players move their pieces around the board, each of the real-world avatars moves to places described on the board. Locations such as “Water Works,” “Pacific Avenue,” “B&O Railroad Station,” and “Park Place” are all visited. The characters also find themselves in a cell when they go to “Jail,” and find cards from the “Community Chest” in the middle of a cul-de-sac. Eventually, the young person who began the game winds up winning, throwing up their arms in triumph.

“I’ll Be Alive” is simply a fun ride from beginning to end. The concept for this music video is very creative, and it hits on all the emotional notes that come with playing a game like Monopoly with your friends or family.

Unlike most of SNNY’s music videos, “I Don’t Wanna Know” starts off on a more serious note. We see a couple who are clearly in the middle of a blowout argument, inaudibly yelling at each other. When one person in the presented relationship storms off and leaves, the other is left in a grievous emotional state.

The lyrics in this track strongly elaborate on the difficulties that come with the end of a relationship. Having been left by their partner, the speaker feels heartbroken, isolated, and lost. They wonder about the emotional state of their lost love. The pain is made even worse when they’re surrounded by people who appear to be much happier than them. It’s a story that’s painfully familiar to many people who have experienced difficult breakups. When you truly love someone, it’s hard to let them go.

We then see the person whose heart was broken pass by a flower stand where SNNY is working. It’s a fitting occupation for him, considering his mascot!

Seeing the heartbroken person clearly in distress, SNNY resolves to cheer them up by finding the flower they desire: a “magical yellow rose.” Luckily, SNNY finds one of the flowers and presents it to them, making them smile. The pair then go out for an ice cream date and laugh, clearly having a wonderful time.

This video is sure to be uplifting for anyone going through the undeniable hardship of a breakup. It’s very difficult to imagine feeling any other way in the middle of it, but “I Don’t Wanna Know” is a reminder that life will always get better.

Rounding off our list, “SNNYLAND,” by ALWZ SNNY and Marquette King takes the last spot.

In this music video, we see the titular SNNYLAND in its full glory. Appearing to be a hidden grove of sorts, the place is decorated by stone columns and surrounded by greenery. The sun shines down and even the very air seems to be filled with joyous energy.

Throughout the video, SNNY competes with other DJs — all of whom also have funky helmets — in a friendly competition. As they play, the residents of SNNYLAND, wearing all kinds of fun and outlandish outfits, dance along. Of course, SNNY wins the competition and continues to play for everyone.

Although it may be simple, “SNNYLAND” is the ultimate ALWZ SNNY music video to us. Visually, it contains the main elements of SNNY’s aesthetic: bright lights, vibrant colors, and high-energy direction.

But it also goes beyond just the look of SNNY’s videos. As Marquette King describes in the lyrics, SNNYLAND is a place where there’s no evil, no issues, and everyone is equal. It represents all the ideas and feelings that SNNY cares for and spreads through his art: sunshine, positivity, and happiness. 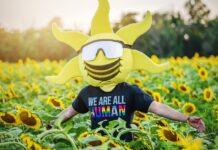 ALWZ SNNY is back with a brand-new single ‘Wasted’ ft. Krysta Youngs