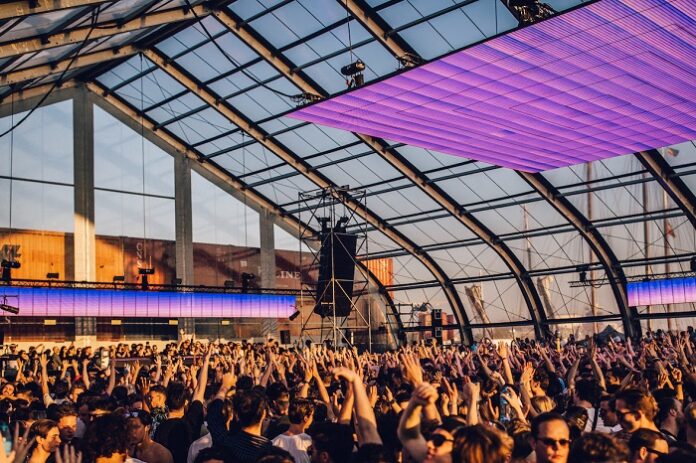 Festival giant DGTL has announced its biggest ever ADE edition, as organisers drop the entire line-up of artists set to perform across October 20th, 21st and 22nd.

More than 25,000 music fans from all around the world will witness an onslaught of DJs and live acts hand-picked for six shows across three days, providing one of the most electrifying showcases in ADE history. Congregating under the vast, sprawling roof of Amsterdam’s atmospheric NDSM Warehouse, ticket holders will experience DGTL‘s jaw-dropping program of day and night events that promise to deliver hard on the big festival vibes.

Thursday sees French wunderkind Worakls open, bringing an immense 30-piece orchestra for a show that promises to set the bar not just for DGTL but for the whole of ADE. DGTL x UPPERGROUND on Thursday night will see sets from label bosses ARTBAT, WhoMadeWho (live) and more across two stages inside NDSM Warehouse‘s thundering, cavernous interior.

On Friday, Berlin sensation Ben Böhmer provides one of the hottest tickets in town. One to watch since his 2019 debut album ‘Breathing‘, Böhmer’s music is the perfect representation of that magical feeling once the sun goes down during a summertime festival. Warm sounds to brighten up October guaranteed. Hosting slam-down performances at this year’s Amsterdam edition, fans can expect more of the same for ADE’s Friday night, with hot and steamy sessions from the likes of Floating Points, Fatima Yamaha, and Jayda G – who already proved her skills as a dancing instructor during last year’s gig at DGTL ADE 2021.

Saturday and the festival feels kick up even further, as DGTL gears up for its gargantuan final day. After a massive debut at DGTL ADE 2021, The Blessed Madonna makes her much-lauded return, this time bringing her We Still Believe concept to Amsterdam. With sets from Job Jobse, Seth Troxler, HAAi & Romy, and an exciting back-to-back with Derrick Carter and Marea herself, the energy levels at NDSM Docklands will reach a boiling crescendo, perfectly poised for a monstrous climax as DGTL closes out the weekend with its darkest programming yet. Dax J, KI/KI and Paula Temple form a glittering, heavy-hitting techno line-up that should shake ADE to its foundations and bring the crowd to its knees.

Tickets for DGTL ADE 2022 are on sale now at the link below, and all info on the line-up, programming and times can also be found at the link.