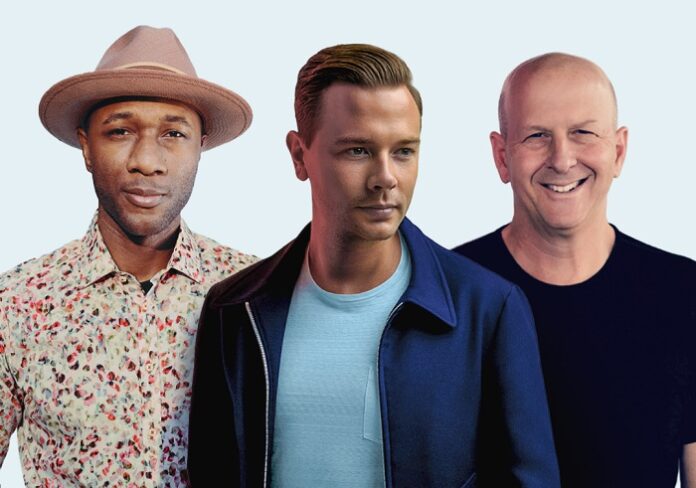 DJ/Producers Sam Feldt and David Solomon team up for an uplifting, end-of-summer single, “Future In Your Hands” feat. Aloe Blacc.

The track features a stunning vocal performance by Grammy-nominated singer Aloe Blacc, well known for his globally charting singles “Wake Me Up” and “The Man.” Solomon has rapidly built a reputation for delivering quality dance music, and this collaboration between him and the multi-platinum Feldt is the perfect way to cap off a celebration-filled summer.

The organic instrumentation highlights Aloe‘s instantly recognizable vocal, as he delivers the emotional message of timeless love, “Don’t let go of me … cause you might have the future in your hands.” His signature delivery culminates in an ear-catching, head-swaying drop, punctuated by a real horn section. The melodic hook delivers an emotional and unforgettable anthem that will stand the test of time.

“Future In Your Hands” marks the first release from the upcoming Payback Records Positively Mental compilation, a collection of original singles from global dance artists, which will support charities at the forefront of mental health support and advocacy. 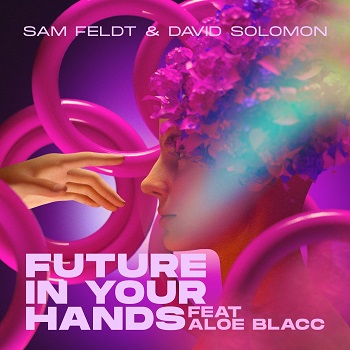 “Future In Your Hands is a quintessential Sam Feldt song: uplifting, positive, and with the collaboration with Payback Records also impact-making. When David Solomon approached me with the idea to do this song, I immediately loved it.

Through my Heartfeldt Foundation, I’ve been leaving my mark on the world for many years now, and this track for charity is a great extension of that. Aloe featuring on the song is a dream come true for me since he has such an iconic and uplifting voice that fits the vibe, the lyrics, and the whole track perfectly!” Feldt says.

Solomon adds, “I struck up a friendship with Aloe several years ago, and when we played an early version of the song for Sam, he loved its message and mission. He reworked it and brought his signature sound, and now the instrumentation perfectly highlights Aloe’s emotional vocal, alongside a unique horn drop – it’s a great song for late summer.”

“When I met Sam Feldt a while back, we both knew that a collaboration was definitely in order. Making this dream a reality along with David Solomon and Payback Records is an awesome opportunity to do something good for humanity beyond offering a new song to dance to. I love this song and I know it is for everyone, especially those who are looking for a good partner in life. The message is that we should all take a chance on love because it might lead to an amazing future of companionship,” Blacc comments.

“Future In Your Hands” feat. Aloe Blacc is out now on Payback Records/Big Beat/Atlantic Records.