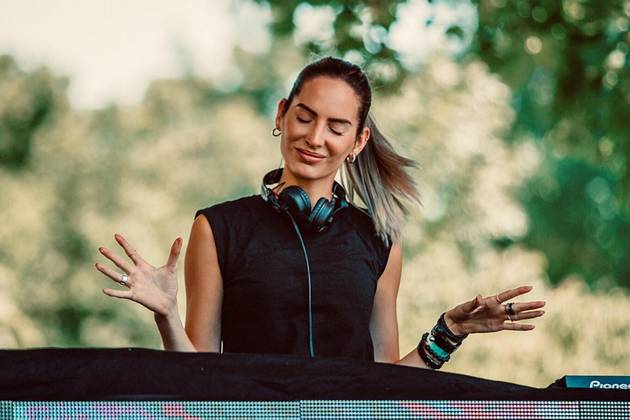 Lilly Palmer’s ‘We Control’ was one of the standout moments on Drumcode this year, an exhilarating EP debut that peaked at no.1 on the Beatport techno charts and was supported by Mary Anne Hobbs on BBC Radio 6.

Since the release, Lilly‘s grown as an artist in leaps and bounds and enjoyed a huge year that’s propelled her from being one of techno’s most exciting breakout acts, to a genuine star-in-the making. From a debut Essential Mix to gigs as playing Drumcode Ibiza @ Amnesia and Drumcode OFF Sonar, right through to Creamfields and The Warehouse Project, she’s slayed all before her in 2022

Another highlight of the year was when she became the first artist to DJ at the European Space Agency (ESA) performing a streamed set in the “Hertz Room“, where they test satellites and spacecrafts. It’s these strong themes of the cosmos that inform her next EP on Drumcode, the three-tracker ‘Resonate‘.

The title track is kinetic weapon made for peak-time moments with a brain spangling build up and drop. ‘First Time in Space‘ gives a nod to her recent experience with the ESA and is a synapse tickling beast that swings between celestial melodic layers and propulsive techno rhythms.

‘Ultimate Feeling‘ is a full force gem driven by a Reece bassline, thrilling top line melodies and a life affirming vocal as it builds over a dramatic five minutes.