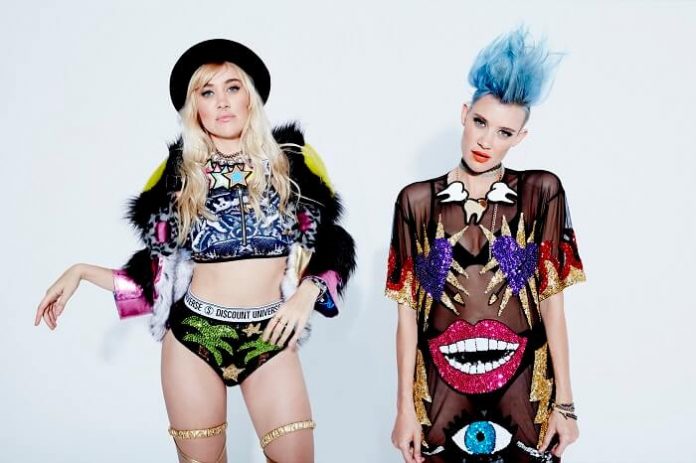 Globally renowned duo NERVO use their boundless platform to address the systematic problem of child slave labour, teaming up with children’s charity Hopeland to campaign against the issue with bold and authentic single Is Someone Looking For Me (feat. Ace Paloma) via Spinnin’ Records.

Initially premiered earlier this year at Tomorrowland to 100,000 ravers who were spontaneously taught the grim truths of child labour, Is Someone Looking For Me strikes a firm message on child trafficking and family separation with captivating euphoria. NERVO cites supporting families, abolishing poverty, and keeping kids in school as the end goal with all profits from the release going to non-profit organisation partner, Hopeland.

Also a family affair, Liv Nervo‘s daughter Ace Paloma lends her innocent yet mighty vocals with lyrics, “together, we can help! Spread the word.” Poignant lyrics continue from another vocalist’s raw, spoken words that pull at the heartstrings, “did you know she doesn’t always have a choice/ Did you know he doesn’t always have a voice?”, it continues, “If you look around, things might not appear as they seem, if your eyes are open, you can help set her free.”

Since becoming mothers a few years ago, Mim and Liv Nervo have gained a newfound appreciation for the vulnerability of their children and responsibility they owe to the younger generation. Driven more than ever to provide security and financial stability for other families, especially those who have become abandoned by parents and society, NERVO are committed to doing anything to help, leading to the partnership with Hopeland, introduced by David Guetta‘s manager.

Already creating a heartfelt reaction across the industry since their Tomorrowland set, NERVO hope to raise awareness the best way they know how: through music. Having performed a trio of sets, their final performance on July 30th for the three weekender coincided with the United Nations‘ World Day Against Trafficking in Persons, a global occasion to raise awareness about the issue. The duo expand on the personal significance of the project:

“This would have to be one of the most meaningful projects that we have been a part of. Not only because the song features Liv’s 2 year old on vocals, but also because we have learned so much through working with these charities (Hopeland & ILO) about the horrors that vulnerable children face.

Child labour and child trafficking is such a mammoth problem that needs more visibility. We wanted the lyrics to be thought provoking, and whilst it’s not the normal ‘dance tune lyric’ we hope the message gets through to a few electronic music lovers. This is the first step of many more to come! We hope people will join us in the conversation!”

Their campaign partner and charity Hopeland are dedicated to pushing the message for the insidiously prevalent and often forgotten issue of child labour and trafficking across the globe that specifically targets those living in poverty. They help to prevent children from becoming separated from their families and trafficked. Using the hashtag #LetKidsBeKids across social media platforms, NERVO aim to bring attention to and help a humanitarian crisis that has seen over 160M kids, or 1/10 children worldwide forced into child labour, 10M children trapped in modern slavery today, with almost one third of human trafficking victims being children.

An issue often hidden in plain sight, NERVO successfully continues to launch the issue right in front of the industry and ravers alike. Finally releasing the new single after addressing the matter since July, Is Someone Looking For Me marks the biggest catalyst in pricking the ears of the international dance music scene and beyond, offering the campaign as a resource to help understand, support and find a desperately needed solution. 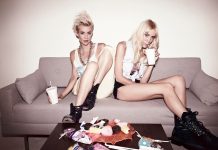 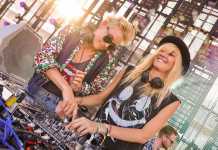 NERVO shine with brand new single ‘What Would You Do For Love’!