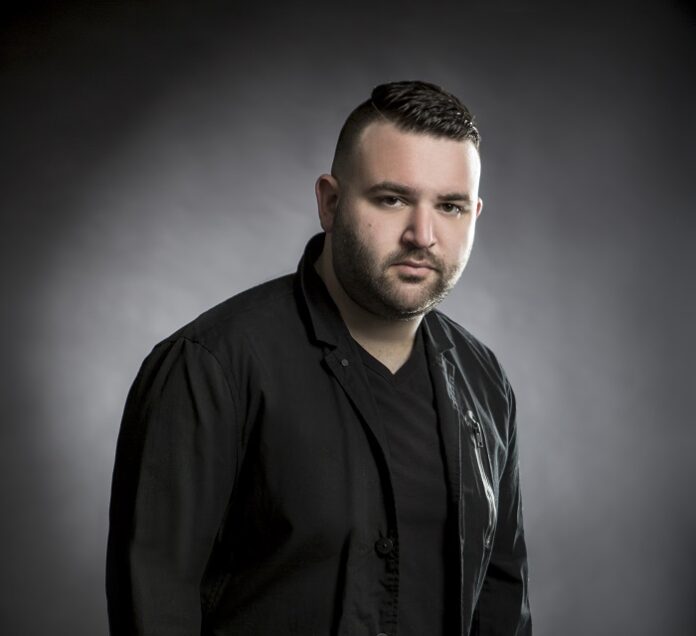 With some years in the Electronic Dance music world, Tensteps has already made a name for himself with his impressive repertoire, as well as, his remarkable skills as a producer and live performer. With collaborations with VIP names like Andrew Rayel and Standerwick. His outstanding signature style and sound that blends elements from Trance, Progressive, Melodic Bass or Psytrance is surely inimitable.

Now, we invited Tensteps to share some of his very own music production tips.

Hello Tensteps, how are you?

Doing great but pretty tired. Just got home today from Dreamstate SoCal, it was an amazing but exhausting weekend, Haha.

What set of gear do you think is ideal for setting up a home studio?

Bare essentials would be, a decent pair of monitors (I used the Tannoy 501a Reveals for a long time, I think they’re discontinued but there’s a newer model at the same price point) and a good 1 or 2 channel interface (I highly recommend Audient interfaces – great prices for very high-quality sound). Then, I would recommend just spending a little money on acoustic treatment for your room, that will make a ton of difference to what you hear as you’re mixing.

Which DAW would you recommend to someone starting their music production journey?

Which plugins and effects would you say are essential for music production?

The reality is, most DAWs these days come with a stock set of plugins that are quite good. I still use the stock Logic compressor all the time, even though I have tons of third-party compressors. But if I was to recommend some good third-party stuff, I use the Fabfilter suite constantly, especially Pro Q 3 for EQing. Also a big fan of both the ArtsAcoustic reverb and the ValhallaRoom verb as well. For delay, my go-to is Soundtoys’ Echoboy.

What would you say is the best starting point for producing a track?

Wherever it comes most naturally to you! Some people start with the main melody, some people think more chronologically and start with the intro. All depends on how your brain works. I don’t have a set method myself, just depends what idea I have first.

What are your thoughts on sampling? Do you do it? How do you think anyone can make the most out of a sample?

When done well, sampling is a great creative tool, but it shouldn’t be solely relied upon for the success of your track. I get frustrated when I hear a track that just relied on a recognizable vocal sample to get people to be interested and then it’s clear that the rest of the production was lazy because the producer assumed that sample would do the heavy lifting for them.

How do you know when a track is ready?

When I realize that the small tweaks I’m making are no longer affecting the quality of the song.

Are there any recommendations of books, YouTube channels, tutorials, or websites where beginners can learn from?

I learned everything I know from experimentation and YouTube channels for the most part. Most of those YouTube channels are defunct now unfortunately, this was like 10 years ago. There’s a course (several actually) from Rick Snoman at his website dancemusicproduction.com that’s really good, I took the uplifting Trance one a few years ago just to pick up a few new things and it taught me so much about sound design and some little things I’d been missing.

What’s the most important thing to keep in mind while producing music?

The song is in service of its audience, but it’s also in service of you. Make the music you want to hear, and then find the other people out there who would enjoy it too.

What’s the best thing to do when struggling to find inspiration?

The two schools of thought on this are “take a break and come back when you’re inspired” and “push through it and create anyway”. I personally can’t work on music if I’m not feeling it, so I’ll go play video games or get something to eat or watch some TV or even handle emails and other business stuff, and come back to Logic when I’m ready. That might lead to endless procrastination for some people, but it works for me.