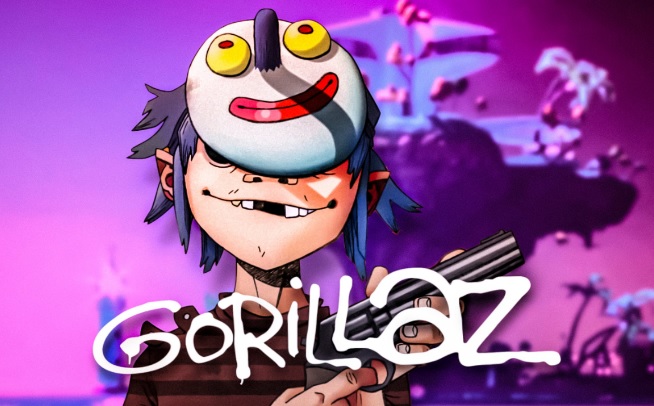 Any music fan will tell you, there’s nothing better than seeing your favorite band live. But if you’re one of the millions of people who can’t make it to a show, YouTube is giving you the next best thing. We’re working with some amazing artists to bring you live performances and music videos in VR.

YouTube is giving fans a new way to experience their favorite artists, working with some of the biggest names in music to deliver VR music videos and live performances.

And today Gorillaz – hailed by “The Guinness Book Of World Records” as the planet’s Most Successful Virtual Act – have announced their return with the release of a new video directed by Jamie Hewlett, featuring four tracks from their highly anticipated forthcoming album “Humanz.”

The epic six-minute animated film – titled “Saturnz Barz (Spirit House)” – provides an extraordinary cutting-edge VR experience to include the track “Saturnz Barz” in full, plus highlights of “Ascension,” “Andromeda” and “We Got The Power.”

With these new immersive experiences, you can transport yourself to top music festivals and killer concerts, without having to deal with the crowds. This weekend, you can check out Ultra Music Festival 2017 LIVE, with a set from Hardwell live streaming in 360 degrees.

And you can already experience highlights from Coachella on YouTube, without having to bear the heat of the desert.

You can watch these videos using the YouTube VR app available on Daydream or with Google Cardboard. If you don’t have a headset, don’t worry, you can still get the 360-degree video experience on your mobile phone or desktop. It’ll be like you’re virtually there with your favorite band.