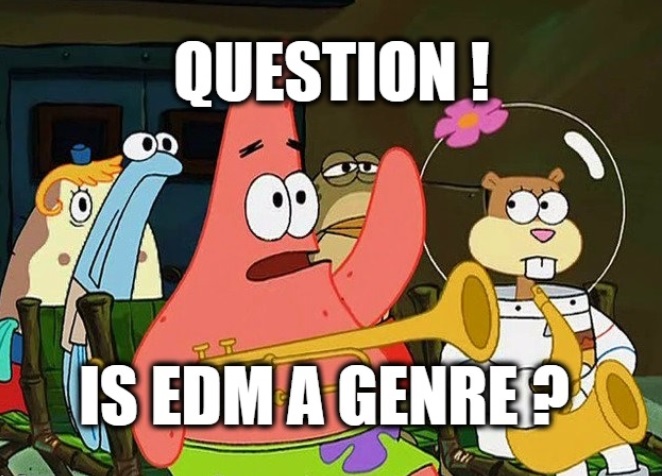 The EDM world is jam packed with a variety of music genres. With each genre comes a different kind of following. Obviously music hits people differently, thus creating multiple genres, styles and vibes.

Here’s a list of some EDM genres and their stereotypes.

Dubstep is a well known music genre in the EDM world that is said to have originated in London during the late 1990’s, as a development within a lineage of related styles such as 2-step garage, dub, techno, drum and bass, broken beat, jungle, and reggae.

The sound of Dubstep music can be described as tightly coiled productions with overwhelming bass lines, echoing drum patterns and occasional vocals. Some of the bigger names that you may know of today include Skrillex, Datsik, Excision, Rusko and Flux Pavilion.

The music genre is known to harvest some of the more rowdy and aggressive ravers, allowing them to express themselves through moshing and hang-banging. Today’s dubstep culture is one that slightly resembles the hippies of the 60’s, lots of long uncombed hair, baggy clothes and a constant smell of marijuana. Although at times the scene can come off as hectic and chaotic, they sure do know how to party.

Another growing music genre in the EDM world that also originated in the UK is Drum and Bass aka DnB. Drum and Bass remains the most popular in the UK, but the scene has established itself across the world in countries such as The United States, New Zealand, Canada, Austria, and Australia.

The scene’ followers pride themselves on being loyal fans and being very into “their” music. Widely successful artists like Goldie, Chase & Status, Netsky, and Australia’s Pendulum headline massive festivals all over the world putting DnB officially on the map.

The DnB culture is a diverse one attracting those who prefer the sounds of a uptempo bass-heavy beats which allows them to freely express themselves. DnB fans even have their own dance style called x-stepping, which requires the throwing of arms and legs everywhere while trying to avoid kicking someone in the face.

House music is said to have been created back in the 1980’s by club Dj’s and producers in Chicago. House is one of the bigger genres in the EDM world due to the many sub-genres that are related to it such as the popular ‘Deep-House’, ‘Progressive House’ ‘Hard House’, ‘Future House’ scenes.

The followers are usually always in a good mood and ready to party. Each scene has its own dance style, having the famously known ‘Shuffle’ which includes the running man dance. Some of today’s big name house Dj’s include Steve Angello, Tiesto, Axwell^Ingrosso and Alesso with Justin Martin, Shiba San and Claude Von Stroke thriving in their Deep-house world.

Trance music is the emotional and euphoric side of the EDM world. Nicknamed “Trace-Heads” these fans aren’t shy to cry throughout an entire set. The music is known to be very uplifting, emotional and promotes loving positive vibes.

Some of the bigger Trance Dj’s today include Above and Beyond, ATB, Ferry Corsten, Ben Nicky, Aly&Fila and Orjan Nilsen. Trance fans consider their music to be clean and loving and are known to look down upon the Dubstep scene referring to them as ratchet and wild. There’s two types of people out there, Dubstep fans and Trance Fans, with a few hybrids in their as well.

Psychedelic Trance is a sub-genre to Trance music that first became known in the late 1990’s. Although a sub-genre to ‘Trance’ the music is completely different and presents a more dark and underground feel. It gives off a vibe that might encourage you to some sort of illegal substance with it’s high-energy druggy sound.

Psy Trance fans really embrace the resent mainstream music. Some of the more famous Psychedelic Trance artists today include Astrix, Goa Gil, Astral Projection, Infected Mushroom and Talamasca. Although a darker vibe is perceived, the scene is filled with good vibes and people who just genuinely want to party and listen to their favorite type of music.

A lot of people that are new to the EDM world will generalize the whole scene to be Techno. This is not only wrong but it also frustrates those who are knowledgable in the scene. The techno scene is said to have originated back in the late 1980’s in Detroit.

This type of music is generally more underground, repetitive and sounds like one long track during a set. Another sub-genre that came from techno is ‘Tech-House’ which is also very repetitive. Some of today’s bigger techno Dj’s include Richie Hawtin, Carl Cox, Maceo Plex, Joseph Capriati and Loco Dice.

As I mentioned earlier, the music seems to be repetitive and really is enhanced while you are feeling good. At the techno stage is where you might find some of the weirder ravers popping things they probably shouldn’t be. Put all of that aside and just immerse yourself in the party vibe and picture yourself in the old underground raves where this wonderful scene originated from.

The place of origin is believed to be the Netherlands, where the first hardstyle events started near the end of 1999 and the beginning of 2000. The genre originated from hard trance, gabber and rave music with influences from UK hard house and jumpstyle.

Hardstyle fans are usually always in a good mood and ready to party. Some of the bigger names that you may know of today include Zatox, Coone, and Brennan Heart.