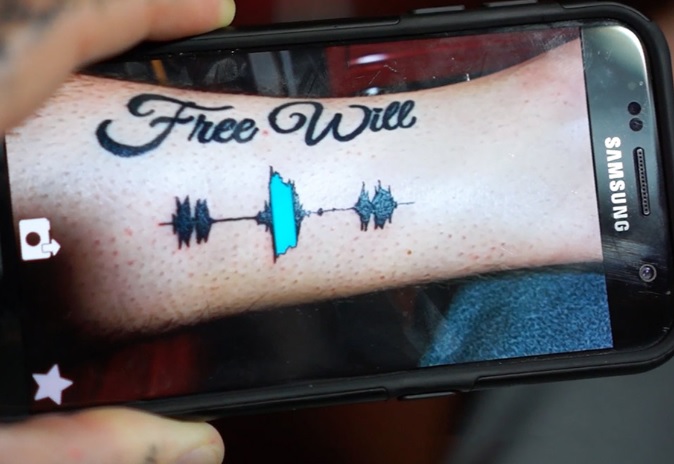 Soundwave Tattoos are a brand new way to express yourself using art and technology. What is more personal, more permanent, and more meaningful than a tattoo? A tattoo you can play back.

A tattoo artist in Los Angeles named Nate Siggard has managed to create tattoos you can listen to. Whether it’s your favorite track or the voice of a loved one, you’ll be able to wear it on your skin and play it back through an mobile app whenever you want.

It all started when two friends got the opening line from Tiny Dancer tattooed by Nate Siggard. Then, Nate’s girlfriend Juliana said “wouldn’t it be cool if you could listen to the tattoo?” and Nate quickly realized that he could make that happen. Nate decided he needed one of his own, with Juliana and their 4 month old baby saying “I love you” and filmed it to share online.

He posted the video on Facebook the next day, and it immediately went viral. Messages started pouring in from people all over the world who wanted to get one too. Nate quickly realized the potential for a way to make Soundwave Tattoos available for everyone. After writing the patent for personalized augmented reality tattoos, he launched Skin Motion – a new app that brings tattoos to life.

Here’s how it works: the app/website generate a sound wave pattern out of any 1 minute song or audio. Once you get your design, you can get it tattooed with a certified Skin Motion tattoo artist.

24 hours after you get your tattoo done, Skin Motion animate the overlay and add it to the app so you could play the original audio file attached to the tattoo as many times as you want. Nate gives a demonstration on how it works in the video below.

The app has yet to be released, but Siggard’s company Skin Motion is planning to have it available in June 2017. 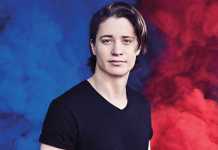 Kygo gets a fresh tattoo in honor of Avicii [PHOTO]

Fan gets a tattoo after betting on Swedish House Mafia reunion at ULTRA! 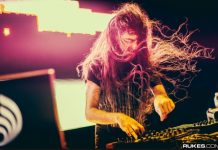 The vocalist from The Dixie Chicks accidentally got a Bassnectar tattoo